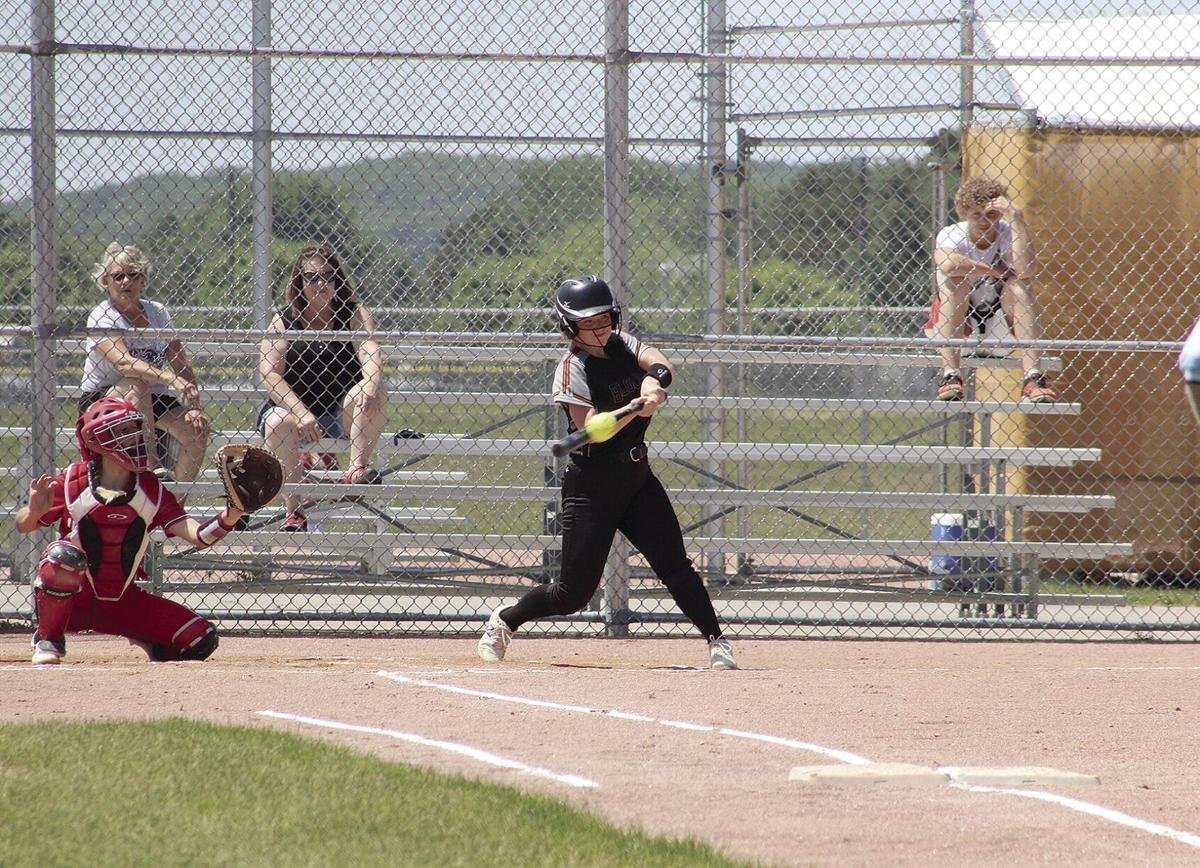 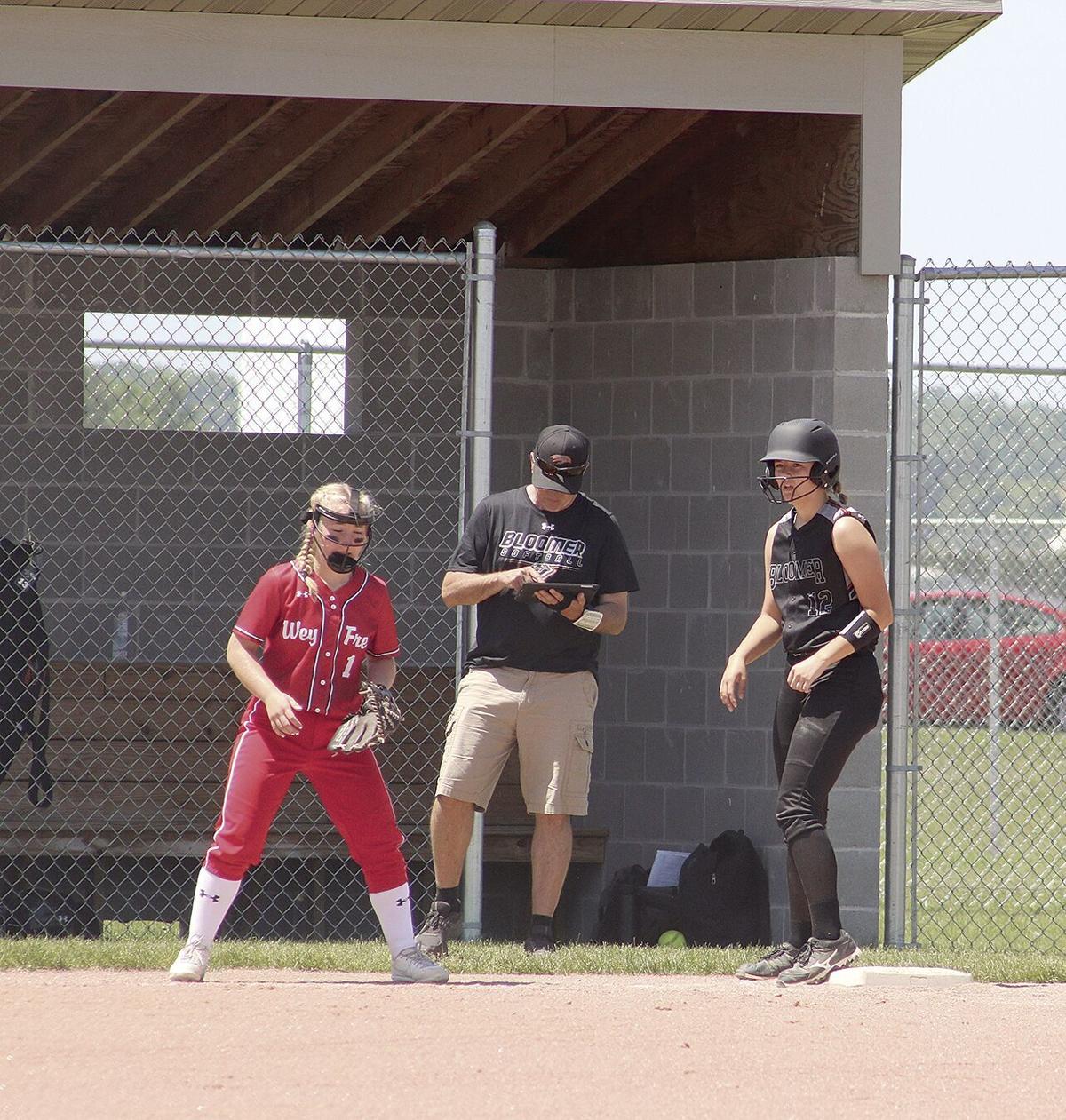 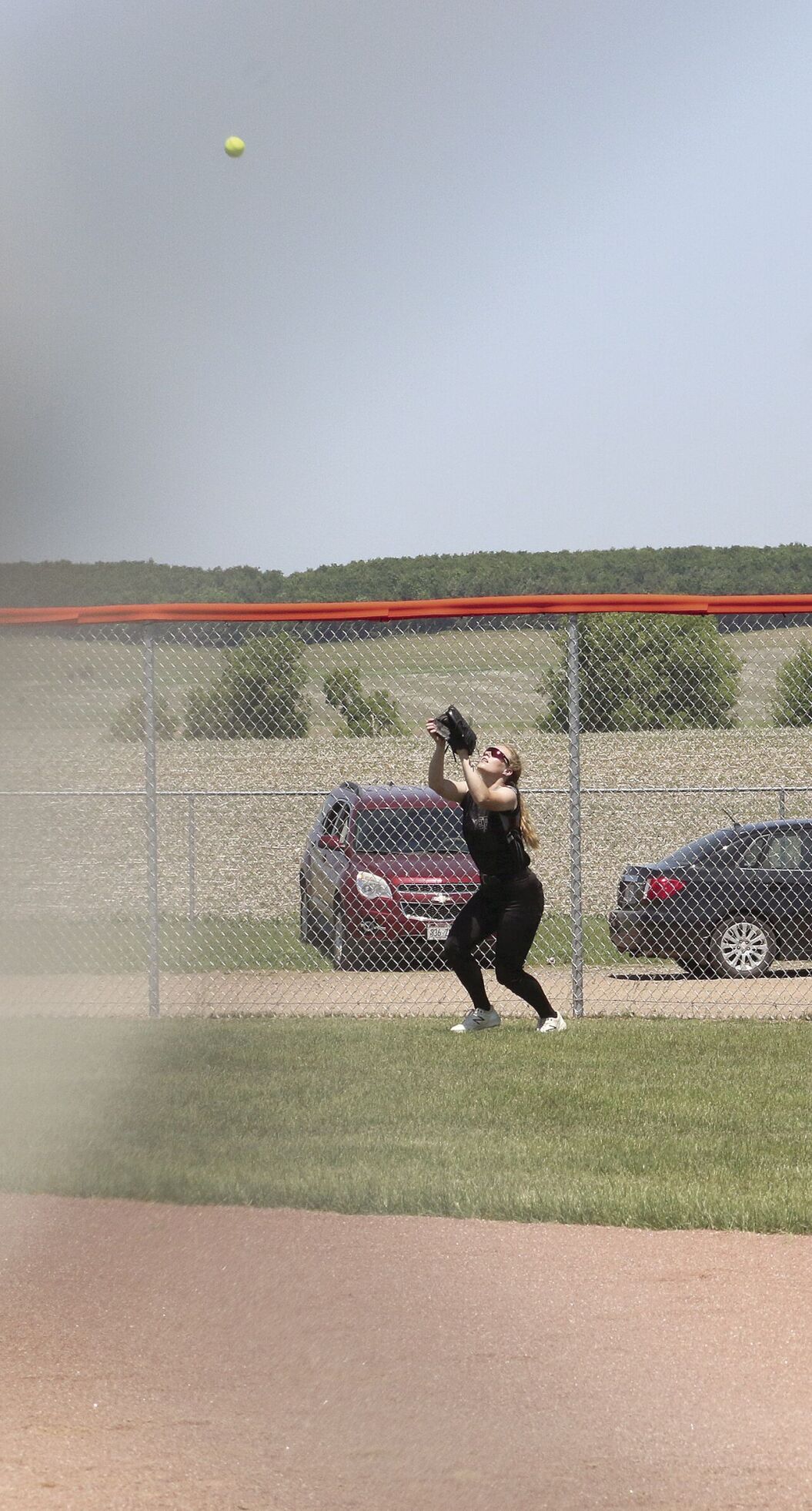 The Bloomer Blackhawks softball team added four more wins to their record again last week. Tuesday, June 1, the Ladyhawks beat the Cameron Comets, 6-5, in Bloomer. On the road Thursday, they beat the Spooner Rails 2-1. On Friday the girls hosted a non-conference doubleheader against Weyauwega-Fremont, beating them 10-0 and 16-2.

The Blackhawks took Tuesday’s game in dramatic fashion, with a 6-5 walk-off victory over Cameron. The game was tied at five with Bloomer batting in the bottom of the seventh when Cameron’s pitcher induced sophomore Laikyn Maidment to hit into a fielder’s choice, but one run scored.

After junior Calley Olson struck out the next three Cameron batters in the top of the second, Bloomer took the lead with two runs in the bottom of the second. Maidment scored when sophomore Karley Rada singled. Rada then scored on a single by senior Kylee Sedlacek.

Olson singled to start the inning out. After a fly out by the next batter, sophomore Delaney Zwiefelhofer singled. With runners at first and second and sophomore RyAnna Keller at the plate, Bloomer made a lineup change and freshman Tyra Zwiefelhofer took Delaney’s place at first. Then Olson advanced to third and Tyra to second on a wild pitch. Keller singled and Olson went home to tie the score, 5-5. Maidment then grounded into a fielder’s choice and Tyra scored.

Calley Olson was credited with the victory for the Blackhawks. She went seven innings, allowing five runs on eight hits, striking out 15 and walking one.

Bloomer tallied 12 hits. Delaney Zwiefelhofer, Keller, and sophomore Mckenna Hilger each had two hits for the Blackhawks to lead the team.

The Blackhawks opened up scoring in the second inning, when sophomore Tori Jenneman singled on the first pitch of the at bat, scoring one run.

Spooner knotted the game up at one in the bottom of the second inning with one run.

Bloomer pulled away for good with one run in the fourth inningwhen Jenneman singled on a 0-2 count, scoring one run.

Kuehl earned the victory on the rubber for the Blackhawks. She lasted seven innings, allowing six hits and one run while striking out ten and walking one.

Bloomer racked up six hits on the day. Jenneman and Sedlacek each had multiple hits for Bloomer. Jenneman led the team with three hits in four at bats.

Olson was brilliant in the pitcher’s circle on Friday, as she threw a no-hitter to lead the Bloomer Blackhawks past Weyauwega-Fremont 10-0.

Bloomer fired up the offense in the first inning, when Jenneman hit a solo homer. They kept the offense going for all five innings of the game, scoring in every inning.

The Blackhawks scored three runs in the second inning. The offensive onslaught was led by Sedlacek, Olson, and Emily Kuehl, all driving in runs in the frame.

Olson took the win for Bloomer. The pitcher allowed zero hits and zero runs over five innings, striking out 13 and walking one.

The Blackhawks socked two home runs in the game. Olson went yard in the fourth inning. Jenneman put one out in the first inning.

Bloomer scattered eight hits in the game. Olson and Kuehl each managed two hits to lead the team. The Blackhawks didn’t commit a single error in the field, Sedlacek had the most chances with 13.

The Blackhawks got things started in the first inning when Emily Kuehl singled on a 2-1 count, scoring two runs.

Bloomer put up six runs in the third inning. The rally was led by singles by Jenneman, Sedlacek, Delaney Zwiefelhofer, and Maidment and a double by Emily Kuehl.

Kuehl was the winning pitcher for the Blackhawks. She lasted five innings, allowing two hits and two runs while striking out 13 and walking zero.

The Blackhawks socked one home run in the game. Olson had a dinger in the fourth inning.

Bloomer scattered 16 hits in the game. Sedlacek, Olson, Zwiefelhofer, Kuehl, and Maidment all collected multiple hits for Bloomer. Olson and Sedlacek each collected four hits to lead the team.

Powered by Narrative Science and GameChanger Media contributed to this article. Copyright 2021. All rights reserved.