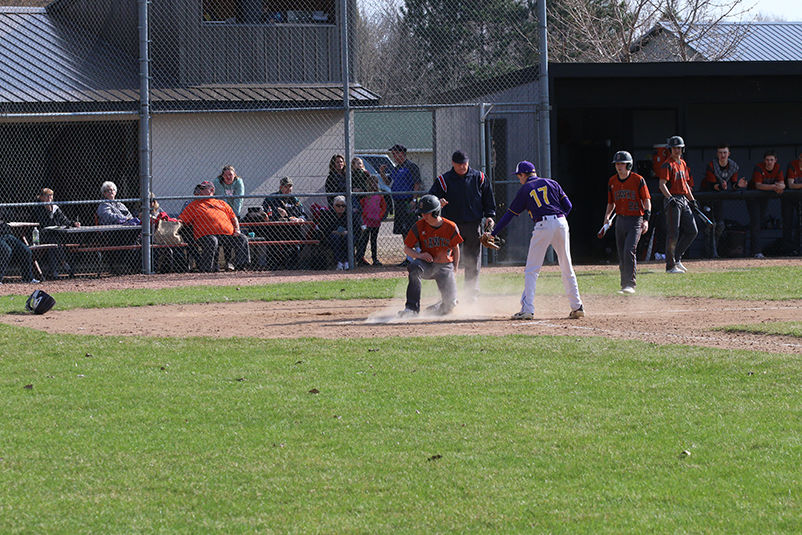 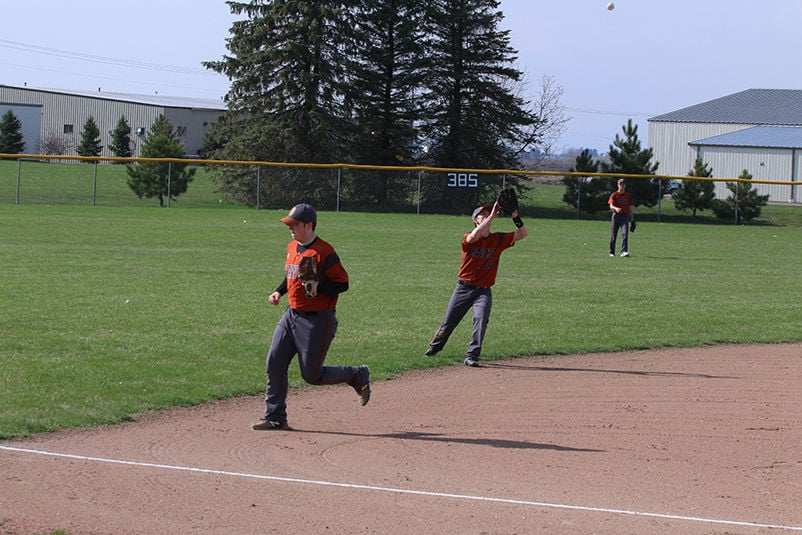 Leif Iverson watches a fly ball come towards his glove for an out during the first game against Ladysmith on Friday, May 3. 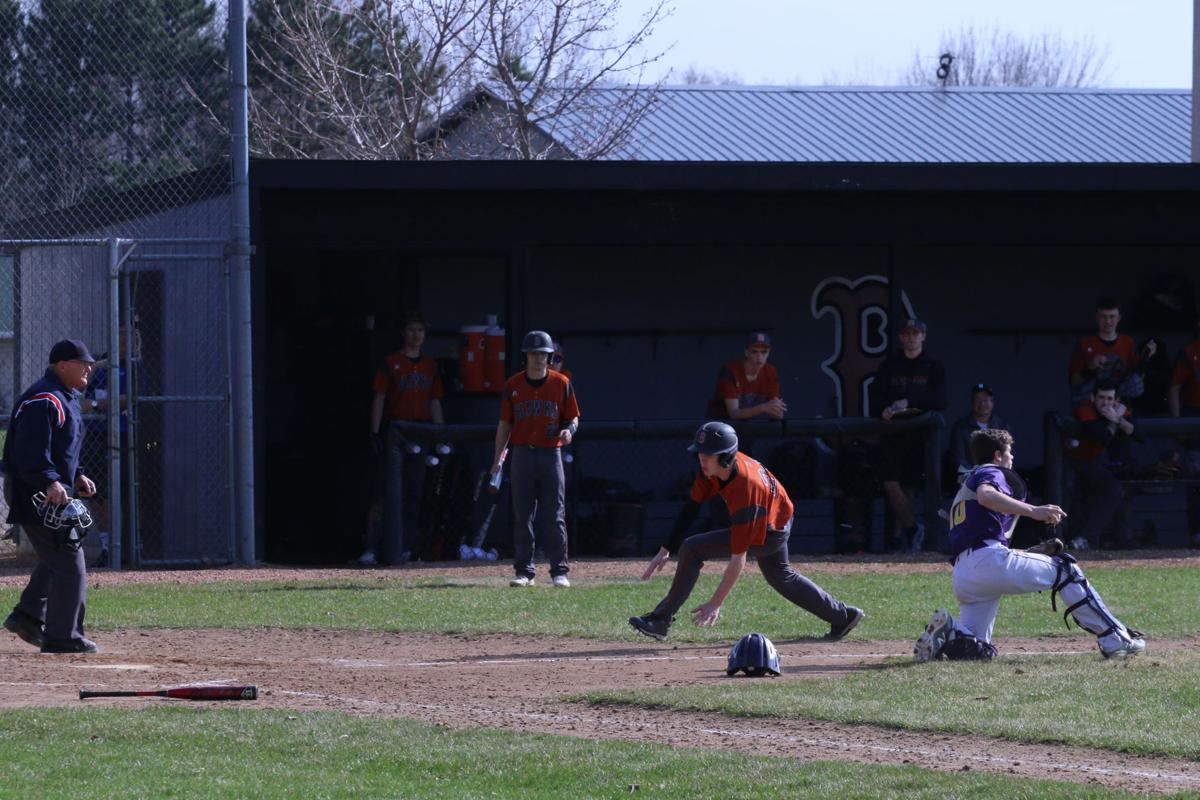 Trent Tozer comes home during the first game of a doubleheader against Ladysmith on Friday, May 3.

The Bloomer Blackhawks took both games of a doubleheader against Ladysmith on Friday, May 3 after coming up one run short against Hayward on Monday, April 29 and being shut out by Northwestern on Tuesday, April 30.

On Monday, April 29 the Blackhawks traveled to Hayward to take on the Hurricanes. The Blackhawks stayed in it until the end, but Hayward pulled away late in a 6-5 victory on Monday.

Bloomer got on the board in the first inning when Ethan Rothbauer’s sac fly scored one run.

Hayward evened things up with a run in the bottom of the third.

But the Hurricanes rallied back in the bottom of the seventh with five runs to win 6–5.

At the plate Ty Davis 1x4, lead the Blackhawks in RBI’s with a three run homer in the top of the sixth inning. Jack Strand, Zach Ruf, Davis, Leif Iverson, Connor Crane, and Avery Macik each managed one hit to lead Bloomer. The Blackhawks tore up the base paths with seven stolen baseses. Ruf led the way with three, Iverson had two and Rothbauer and Macik each had one stolen base.

The Bloomer Blackhawks watched the game slip away early and couldn’t recover in a 4-0 loss at Northwestern on Tuesday, April 30.

Northwestern opened up scoring in the second inning, when an error scored one run for the Tigers.

One bright spot for Bloomer was a single by Avery Macik in the first inning. Ethan Rothbauer, Ty Davis, Macik, and Trent Tozer all had one hit to lead the Blackhawks.

The Bloomer Blackhawks claimed two wins against the Ladysmith Lumberjacks on Friday, May 3 in Bloomer.

Bloomer won the first game of the double header 12-3, despite a big push by Ladysmith in the fifth inning.

In the first inning, the Blackhawks got their offense started when Ty Davis singled on a 3-2 count, scoring one run.

Schwab took the win for Bloomer Blackhawks. He went five innings, allowing three runs on four hits and striking out four. Trent Tozer threw two innings in relief out of the bullpen.

In the second game against the Lumberjacks on Friday, Bloomer defeated Ladysmith 11-1 thanks to a timely seven runs in a big third inning. Blackhawk batters contributing to the big inning included Avery Macik, Ty Davis, Carter Rubenzer, and Jack Strand, who all drove in runs.

Kaden Thurmond got the win for Bloomer Blackhawks. He lasted five innings, allowing four hits and one run while striking out five.

Bloomer Blackhawks racked up 12 hits. Leif Iverson, Elijah Prill, and Davis each had multiple hits. Iverson went 3-for-4 at the plate to lead Bloomer in hits.

GameChanger.com contributed to this article. Powered by Narrative Science and GameChanger Media. Copyright 2019. All rights reserved.