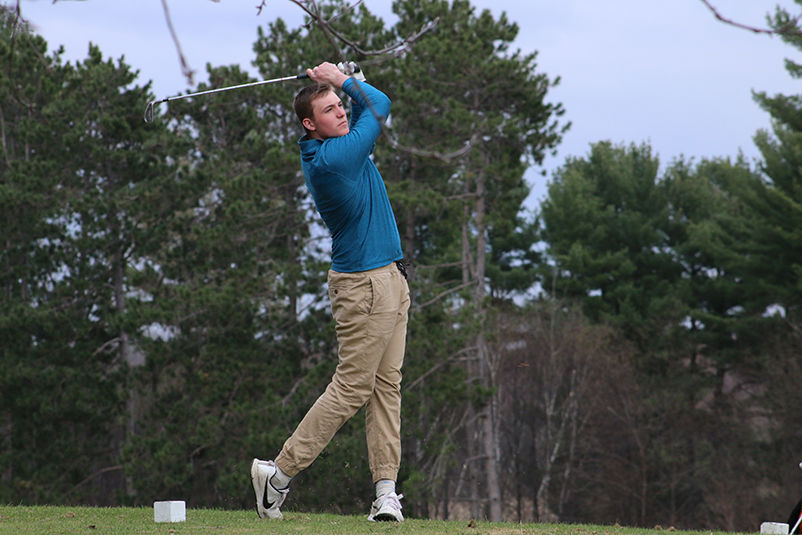 Fritzy Ullom tees off at the Bloomer Memorial Golf course on Thursday, May 2. Ullom shot a 52 on the day. 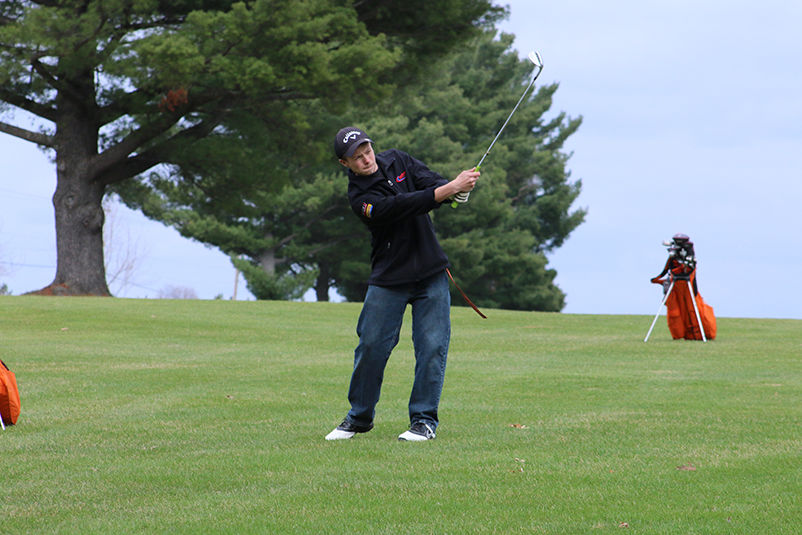 Cole Boetcher takes a shot on Thursday, May 2 in Bloomer. Boetcher shot a 53 during the match. 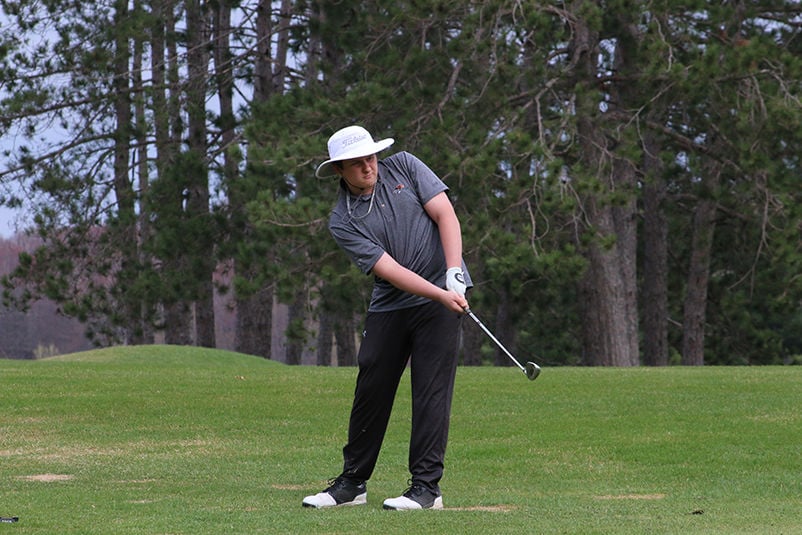 Logan Nelson shot a 57 on Thursday, May 2 against Cumberland. 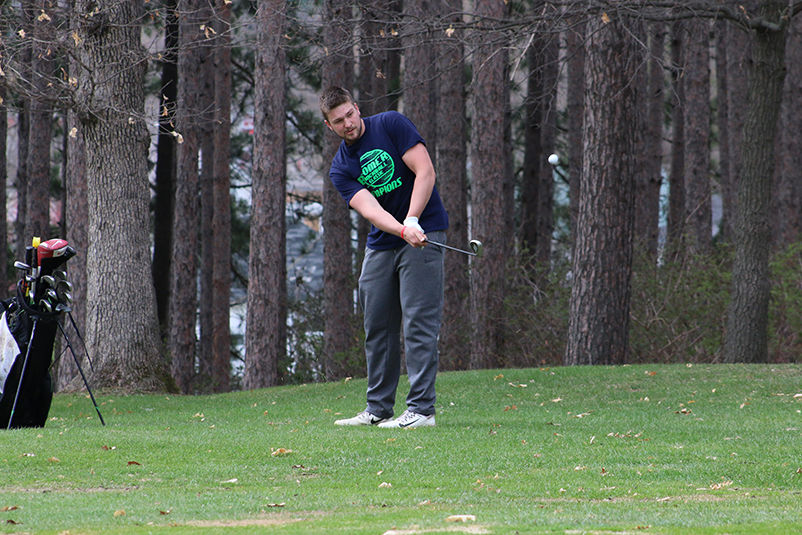 Bradley Sarauer chips a shot onto the green on Thursday, May 2. He shot a 37 during the match.

On Wednesday, April 24 a makeup match versus Chetek-Weyerhaeuser, Barron, and Bloomer was played at Barron. Barron finished with a score of 212, Bloomer 222, and C-W 239. Johnny Bleskaceck was medalist with a 37, other Bloomer scores, Logan Nelson 56, Alex Durch 62, Bryce Zwiefelhofer 67, and Kaleb Clements 68.

Bloomer Gets A Much Needed Win In Bloomer

On Thursday, May 2 Bloomer had a dual match with Cumberland. Bloomer’s Varsity and J.V. shot some of their best scores of the year, Bloomer shot 172 as a team and Cumberland scored 193. Varsity was led by Johnny Bleskacek and Bradley Sarauer both shooting 37. Alex Durch was next with 46. Fritzy Ullom and Cole Boettcher shot 52 and 53 respectively. The J.V.’s were led by Zane Baier and Bryce Zwiefelhofer both shooting 50. Dylan Dewitz 53, Parker Readinger 54, Logan Nelson 57, Kong Sakul 59 and Kaleb Clements 61 were the J.V. other scores. Team score Bloomer J.V. 207, Cumberland 282.