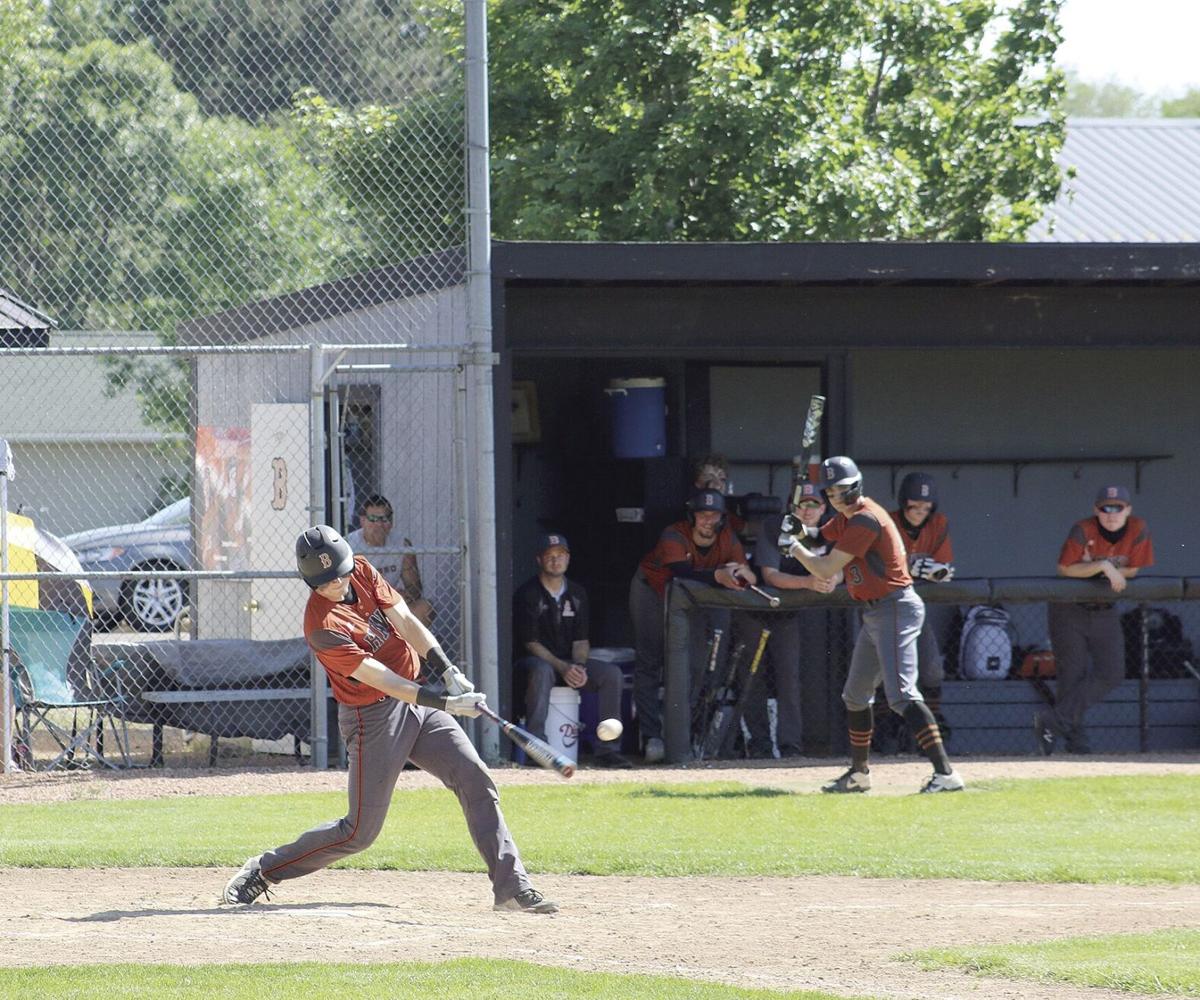 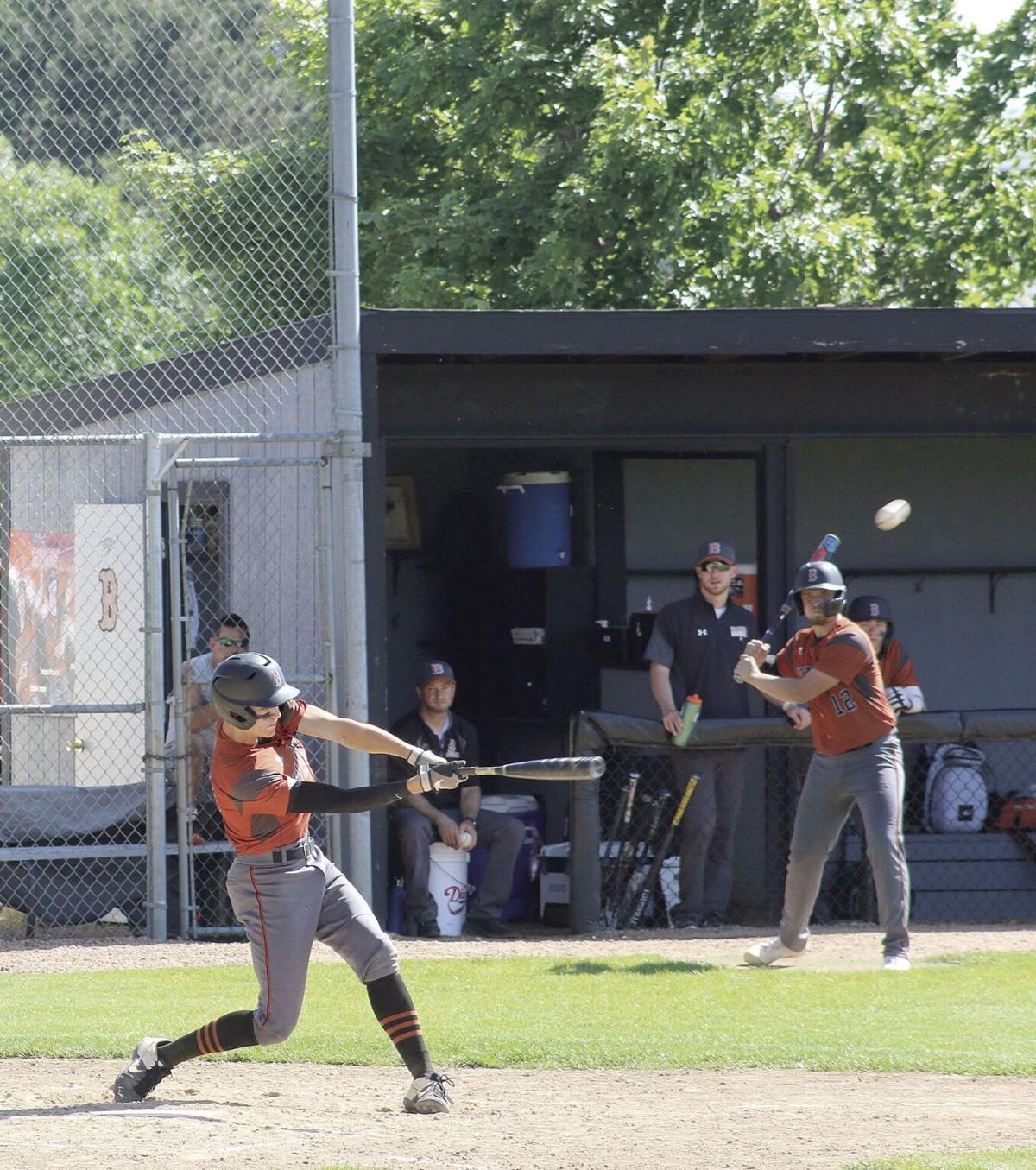 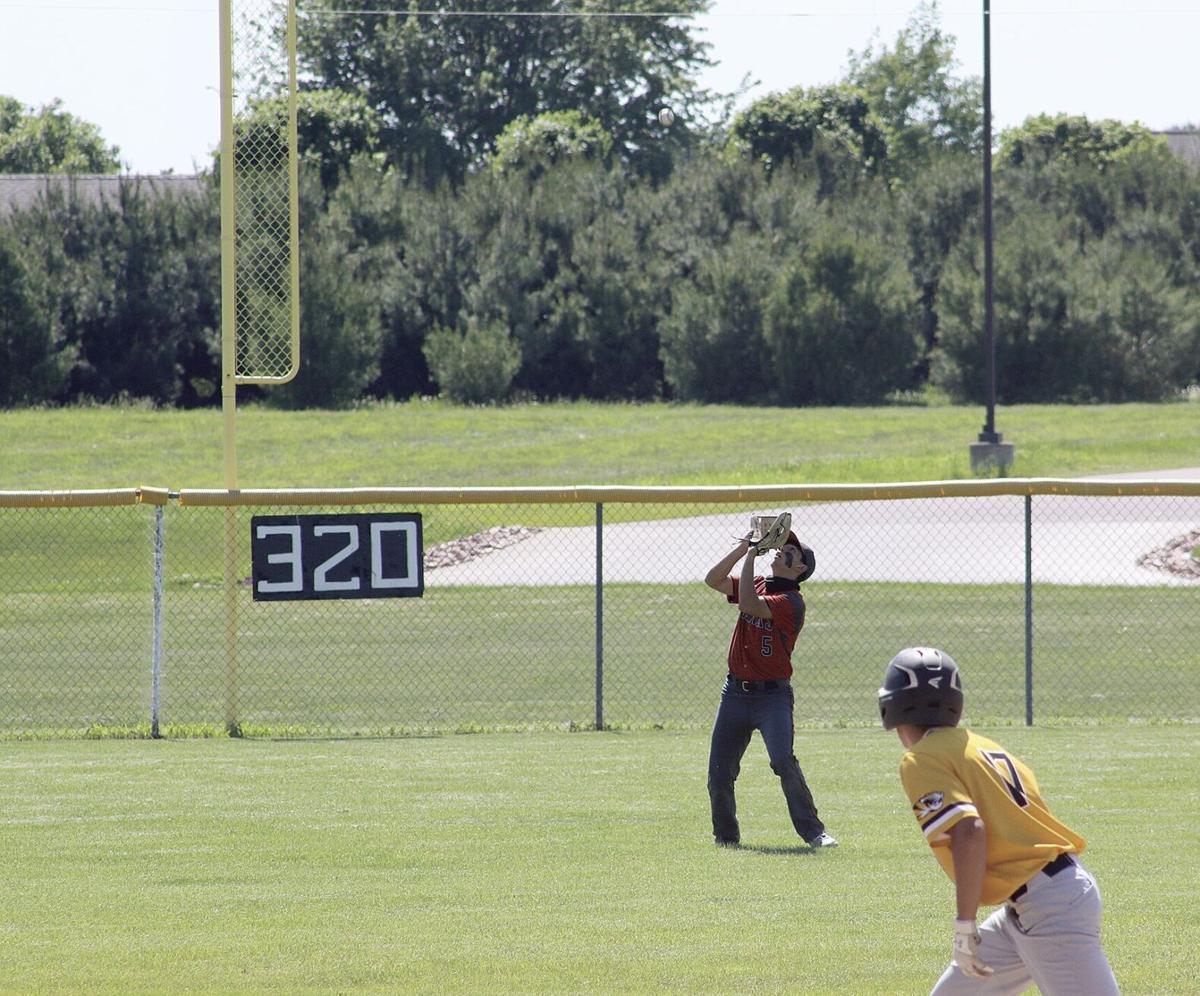 The Bloomer Blackhawks baseball team added four more wins to their record last week. Bloomer played four games last week, Tuesday, June 1, on the road, they beat the Cameron Comets, 7-1. Thursday, June 3, Bloomer defeated Spooner, 4-3, at home and, on Friday, June 4, in a make-up double header from May 27 that had originally been rescheduled to Wednesday, June 2, the Blackhawks defeated the Northwestern Tigers in both games, 10-6 and 6-2.

After an almost scoreless five innings (Bloomer scored one run int the top of the fifth), a five-run sixth inning led the Blackhawks to a 7-1 victory on Tuesday. The fifth inning offensive firepower was led by seniors Connor Hicks and Ethan Rothbauer, who both drove in runs.

Sophomore Keegan Yohnk earned the victory on the mound for Bloomer. The righthander surrendered zero runs on one hit over three innings, striking out five and walking one. Junior Connor Crane threw two innings in relief out of the bullpen.

After four scoreless innings and two outs in the top of the fifth Bloomer finally got on the board when junior Jay Ryder hit a pop fly and reached on an error that sent Hicks home from third base.

To start off Bloomer’s big inning in the top of the sixth, Crane doubled on a fly ball to left field. Schwab then singled on a ground ball to left and Crane went to third. As the next batter was out on a foul tip, the runners stayed at first and third. Hicks then singled and Crane scored and Schwab held up at second. Next up, junior Marcus Harelstad walked to load the bases. With three runners on, Rothbauer came up to the plate and hit a homerun fly ball to left field to make it 6-0 for Bloomer.

Rothbauer went 2-for-5 at the plate to lead the Blackhawks in hits.

Spooner then added runs in the top of the fourth and fifth to tie the game at 3-3. In the bottom of the fifth with two outs, Yohnk doubled and then Strand doubled to drive home Yohnk’s courtesy runner sophomore Braden Steinmetz to regain the lead 4-3. After that neither team was able to score and the Blackhawks came away with another conference win.

Strand was the winning pitcher for the Blackhawks. He lasted two and a third innings, allowing two hits and zero runs while striking out one and walking zero.

Rothbauer started the game for Bloomer. He allowed two hits and three runs over four and two-thirds innings, striking out seven

Strand led Bloomer at the plate with two hits in three at bats.

The Bloomer Blackhawks stole the lead late in the game in a 10-6 victory over the Northwestern Tigers in game one of a doubleheader on Friday in Bloomer.

Bloomer was down 4-3 in the bottom of the fifth inning when Schwab doubled on a 0-1 count, scoring three runs.

The base paths were crowded in this high-scoring game. The Blackhawks collected seven hits and Northwestern had 12.

Northwestern fired up the offense in the first inning. Northwestern scored one run when Brayden Holsclaw singled.

In the bottom of the fourth inning, Bloomer tied things up at one when Crane’s sac fly sent Strand home from third. Strand had tripled just prior to Crane stepping to the plate.

Schwab earned the victory on the pitcher’s mound for Bloomer. He went five innings, allowing four runs on seven hits, striking out six and walking one. Keegan Yohnk threw two innings in relief out of the bullpen.

The Blackhawks racked up seven hits in the game. Rothbauer, Strand, and Schwab each collected two hits to lead the team.

The Blackhawks fired up the offense in the first inning of the second game on Friday, when Strand grounded out, scoring one run.

Bloomer scored three runs in the third inning. Yohnk and Strand each had RBIs in the big inning.

Ryder earned the win for Bloomer. The righthander surrendered two runs on four hits over five and a third innings, striking out three and walking zero. Strand threw one and two-thirds innings in relief out of the bullpen.

The Blackhawks scattered 12 hits in the game. Rothbauer, Crane, Yohnk, and Ryder all managed multiple hits for Bloomer. Yohnk, Crane, and Rothbauer all had three hits.

The Blackhawks played McDonell Central away on Monday, June 7 and Osseo-Fairchild at home on Tuesday, June 8. Both were non-conference battles. In WIAA regional action, #2 Bloomer has a bye the first round and hosts the winner of #3 Mosinee v.s. #6 Abbotsford/Colby, on Tuesday, June 15 at 5 p.m.

Powered by Narrative Science and GameChanger Media contributed to this article. Copyright 2021. All rights reserved.