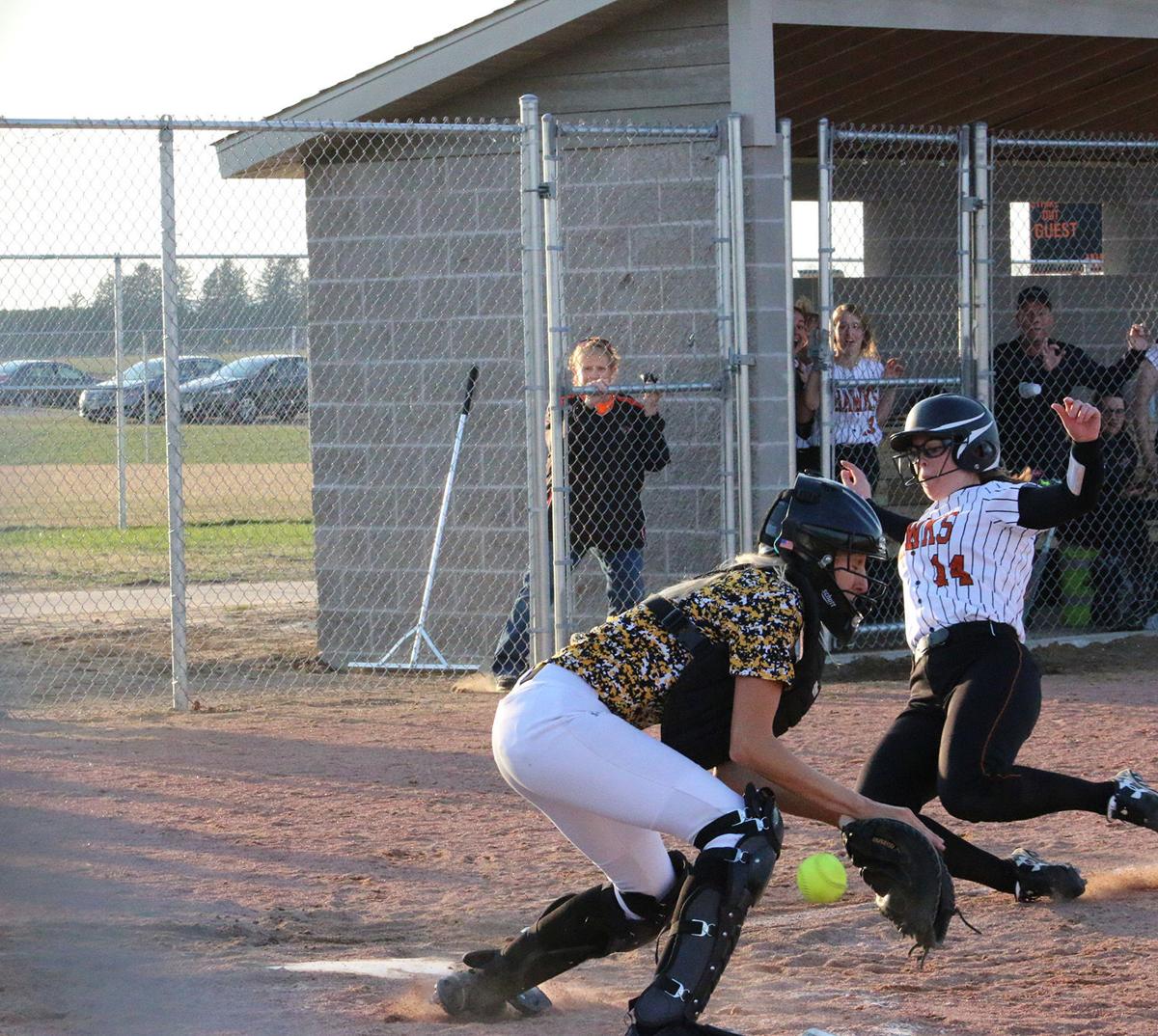 Bloomer sophomore Annabelle Wittrock slides home as the winning run against Northwestern Thursday night, April 25 in Bloomer. Wittrock had a hit, an RBI, a sacrifice and scored a run in the 4–3 victory for the Blackhawks. 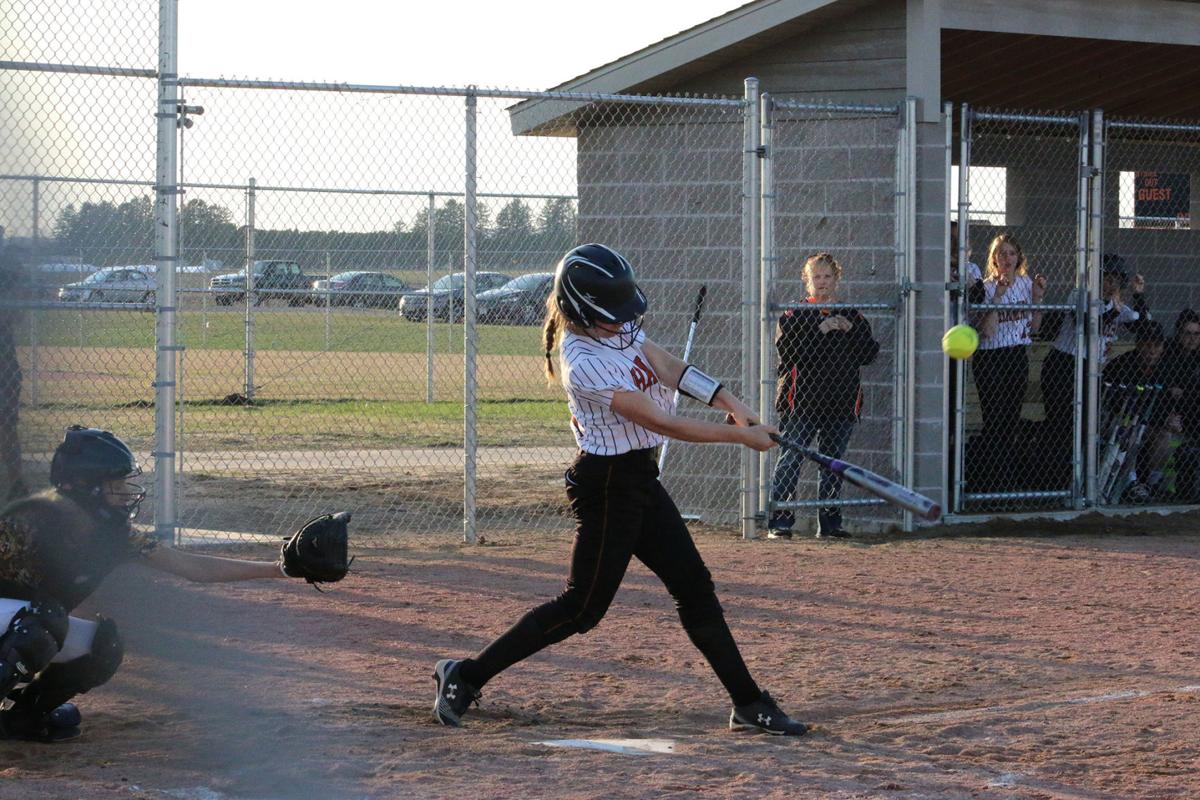 Bloomer junior Ashley Poirier hits the ball and drives in the tieing and winning runs of the 11 inning game against Northwestern on Thursday, April 25.

On Tuesday, April 23 in Hayward the Blackhawks beat the Hurricanes 11–1 in five innings, but on Thursday, April 25 it took them 11 innings—10 of them scoreless—to beat Northwestern 4–3.

In Hayward on Tuesday, Bloomer jumped out to a 4–0 lead after the first inning and went on to score another five runs in the top of the third. Both teams came up empty in the forth inning before the Blackhawks put up another two runs in the top of the fifth. Hayward was able to put one run on the board in the bottom of the fifth but it wasn’t enough to keep the game alive which ended by the 10 run rule.

At the plate Rilee Luzinski went 3x4 with one run and five RBIs. Kenadi Poirier 2x4 and Olson 2x3 each scored two runs and an RBI. Olson also stole two bases. Five more Bloomer batters got a hit during the game. Annabelle Wittrock, Isabella Jenneman, Kuehl and Olson all hit doubles. Wittrock and Ashley Poirier were both hit by a pitch twice during the five innings of play.

On Thursday, the Blackhawks went up against an evenly matched Northwestern Tigers team. Both teams went scoreless through 10 innings. In the top of the 11th inning the Tigers put the first runs on the board bringing three players home. But, as the home team, Bloomer got last at bats and was able to score four runs.

Kuehl pitched all 11 innings for Bloomer allowing nine hits and three runs while striking out seven batters and walking none.

Bloomer is scheduled to play at Ladysmith on Thursday, May 2, host a tournament on Saturday, May 4, play McDonell Central at home on Monday, May 6 and Barron at home on Tuesday, May 7.