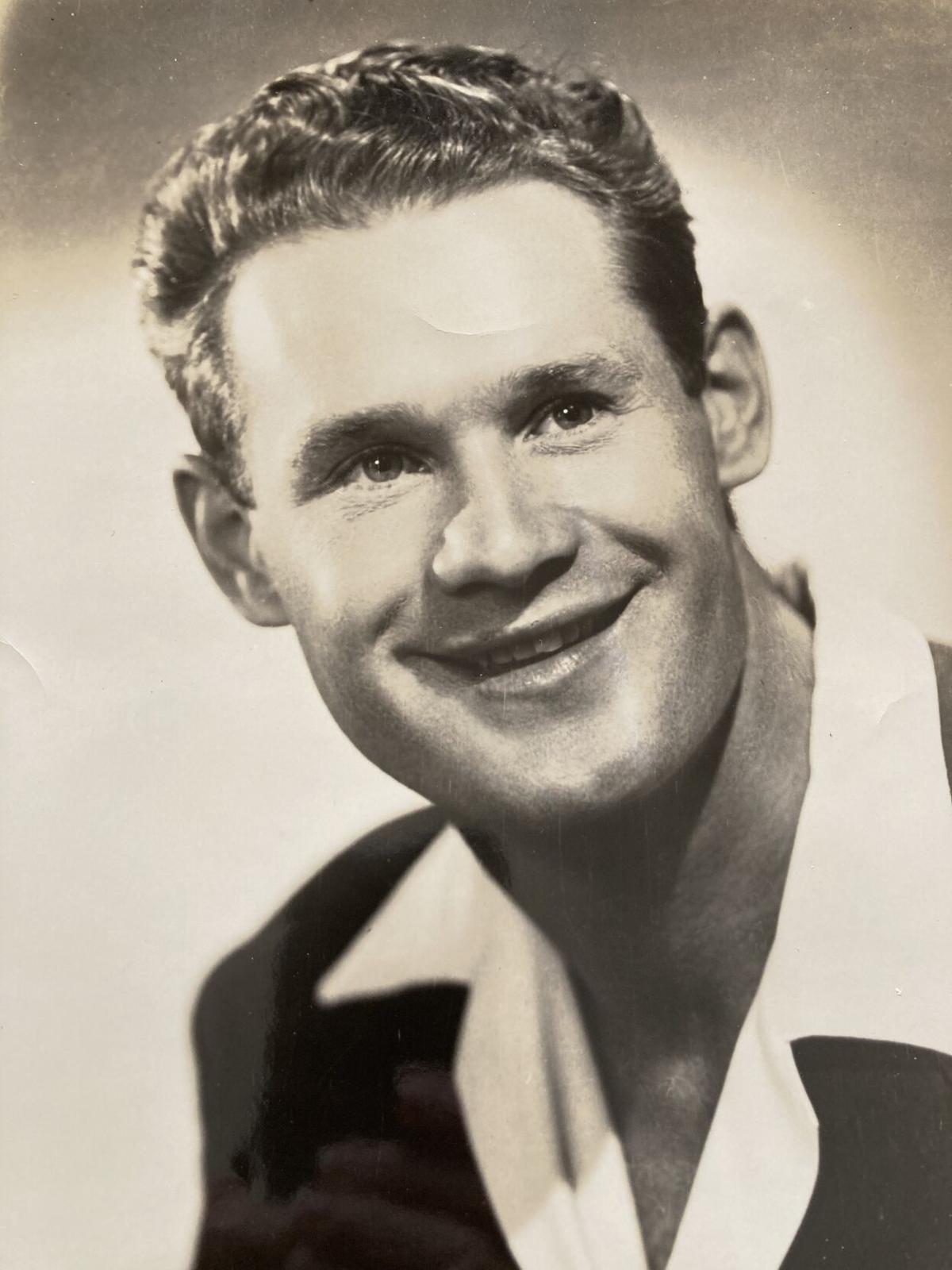 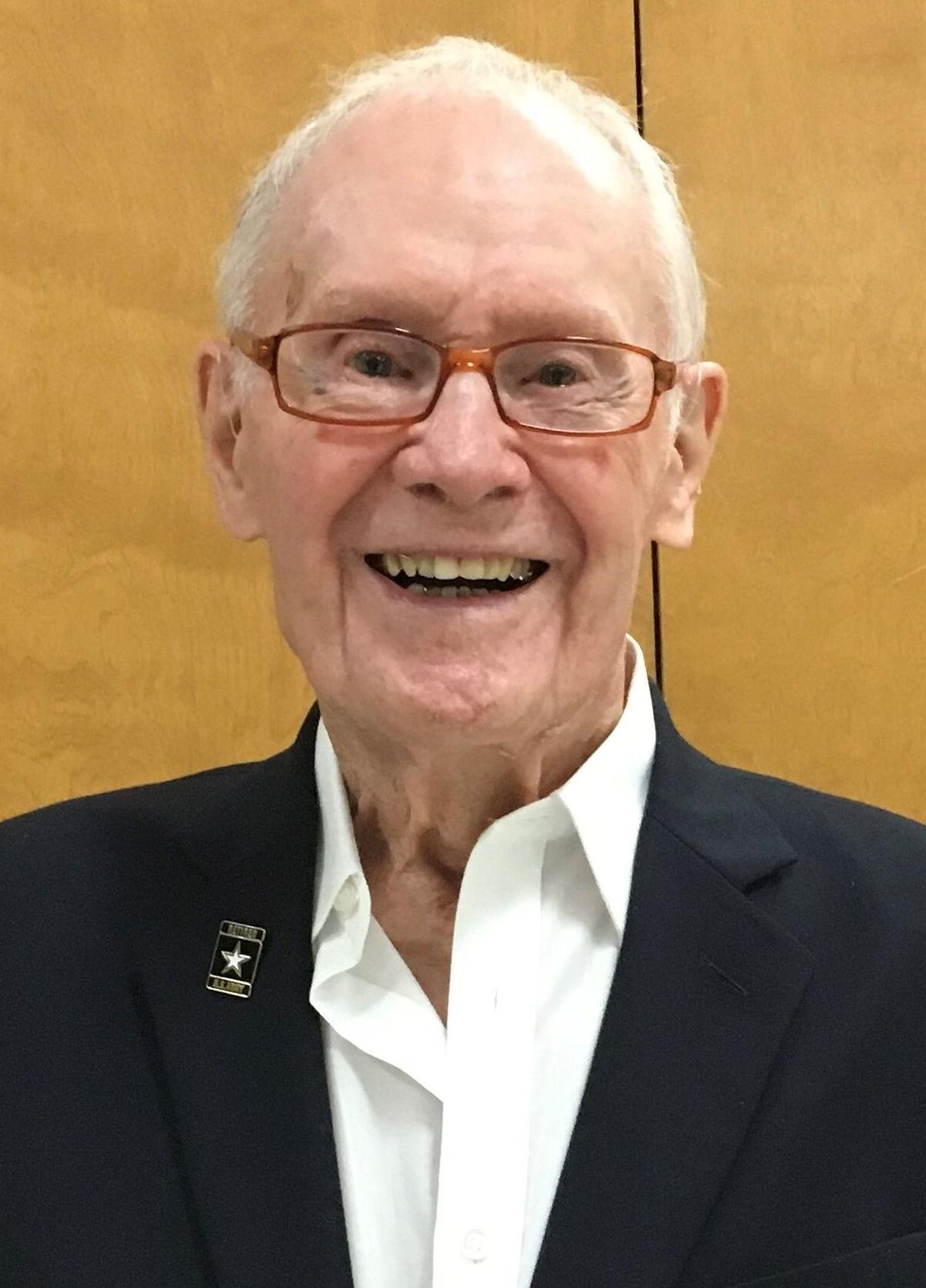 Eugene Robert Krhin, 98, (1922-2021) passed away peacefully on February 4, 2021 at the Wisconsin Veterans Home in Chippewa Falls, Wis. Gene lived a full, interesting, colorful, and successful life that spanned several cities and locations throughout his years. A more passionate, dedicated, and caring man would be hard to find!

Born in Chisholm, Minnesota on February 19, 1922 to Peter and Frances (Perko) Krhin, he was very active in numerous educational, musical, and athletic activities, culminating with a football offer from the University of Oregon following his graduation from Chisholm High School. One of Gene’s memorable high school athletic highlights was participating in the Minnesota state basketball championship game during a time where both large and small schools competed without divisions. Not finding Oregon a comfortable fit, he was contacted by his uncle who played for the Pittsburgh Steelers, to look at Duquesne University in Pittsburgh, which housed the Tamburitzans, the world’s longest-running Eastern European themed musical and dance group. Gene was offered a position with the Tamburitzans and participated in several national tours across the United States. Gene’s singing ability led to him recording the famous “Kukavica- The Cuckoo Bird” with the Duquesne orchestra and he continued to sing this piece for many years when the Tamburitzans would make an annual scheduled tour stop in Chippewa Falls. It was during his time with the Tamburitzans when he met, and later married, Kathryn Japjec (Krhin). Gene’s timeline to college graduation was interrupted by the bombing of Pearl Harbor, and in recent (2020) lengthy conversations, he vividly recalled his U.S. Army training, promotion, and participation in the latter days of WWII in Germany against the Nazi resistance.

Upon his four-year graduation and master’s degree from college, Gene and Kathryn moved to Chippewa Falls, Wis. where they raised their four children, Roberta Krhin, Gene Krhin, Dan Krhin (Myra) and Diane Smith (Jeffrey). While living in Chippewa Falls, Gene accepted a teaching position at McDonell High School, where he taught for several years before being recruited by the Northwestern Mutual Life Insurance company. He functioned as a life underwriter for 50 years before he retired and received numerous awards and recognitions from the company.

Gene participated in many McDonell alumni celebrations and banquets throughout the years. Based on Gene’s successful leadership role in the U.S. Army, he was repeatedly awarded the post of Captain of the Chippewa Falls National Guard. During his tenure with the National Guard, he was ordered for preparation training at Fort Lewis, Washington, due to the Cuban Missile Crisis, where the family moved to Tacoma, Wash. for a portion of that assignment. Following the move back to Chippewa Falls, Kathryn Krhin, (1921-1966) passed away in February 1966.

After the death of Kathryn, Gene married Shirley Roecklin (Krhin) and lived in Chippewa Falls with several of Gene and Shirley’s children. Shirley had seven children from her previous marriage, Steve Roecklein, Jane Zwascka (John), Charles Roecklein (Lori), Mary Friedeck (Dan), Tom Roecklein (Carol), Kathy Krhin Bowe (Carl) and Jim Krhin (Cheryl). After many years of living in Chippewa Falls, Gene and Shirley moved to New Auburn, Wis. where they resided on Round Lake and later returned to Chippewa Falls where they enjoyed many more years together with family and friends. Shirley passed away in May 2015.

Gene will be laid to rest during a private family service which will be officiated by Rev. Msgr. Michael J. Gorman from St. Charles Church on Friday, February 19, 2021. A Celebration of Gene’s Life will be held at a future date for all to attend when it is safe for family members and friends to travel and gather.

Friends are invited to view a recording of the service that will be available Friday afternoon at https://www.horanfuneralhome.com/obituary/EugeneKrhin.

Family and friends may express condolences online at www.horanfuneralhome.com.