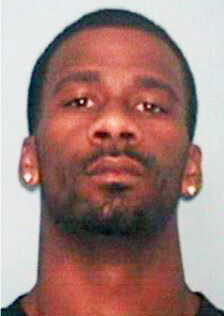 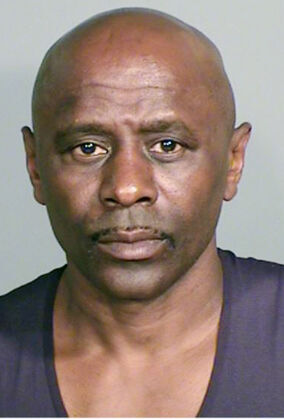 A father and son have been arrested and charged in the murders of four people found abandoned in a cornfield near Ridgeland on Sunday, Sept. 12.

Suggs and his father Darren L. Osborne, 56, of St. Paul, Minnesota, are charged with four counts of hiding a corpse in Dunn County Circuit Court. They are accused of hiding the bodies of four people in an SUV left in a cornfield southwest of Ridgeland.

Nitosha Flug-Presley, Matthew Pettus, Loyace Foreman III and Jasmine Sturm were found each with at least one gunshot wound to the head. Six spent shell casings were found in the SUV.

According to a criminal complaint filed in Ramsey County, Suggs told his father he “snapped and shot a couple people.”

After allegedly shooting the four between 3:30 and 3:48 a.m. on Sept. 12, Suggs stayed with the vehicle and bodies for several hours before abandoning it in the cornfield.

Suggs turned himself into the Gilbert, Arizona, police department on Friday, Sept. 17, according to Dunn County Sheriff Kevin Bygd. Bygd said Suggs had lived in the Phoenix area before traveling back to Minnesota. It was not clear how he traveled back to Arizona this week.

Osborne was arrested in St. Paul on Wednesday, Sept. 15.

The black 2008 Mercedes-Benz GL was found Sunday afternoon, Sept. 12, by a local farmer in a cornfield along Hwy. VVV near the Sheridan Town Hall. One victim was found in the passenger front seat and three were found in the rear seats of the vehicle, which had significant pooling of blood. The victims were found within 2 hours of being left in the field.

On Sept. 13, a press release was circulated to the media. After the press release was distributed, the Dunn County Sheriff’s Office received a tip from someone who observed two vehicles driven by Black males near the Sheridan Town Hall between 10:30 a.m. and 12:30 p.m. on Sept. 12. The individual observed one man wearing a shirt that read “I am Black History.”

After receiving the tip, a deputy went to the Bridgestop gas station in Wheeler, about 12 miles south of the crime scene, and reviewed video surveillance footage. Video showed that the operator of a Nissan Rogue, a Black male wearing a “I am black history” shirt, went into the store at 12:08 p.m. and purchased some items. A black Mercedes-Benz SUV pulled into the gas station next to the Nissan. The operator of Nissan made contact with the driver of the Mercedes and appeared to exchange something. The vehicles left northbound on Hwy. 25.

The deputy also found reddish, dark colored droplets suspected to be blood on the ground where the SUV was parked.

The Mercedes had Minnesota plates, which were registered to Luxury Auto Sales, LLC. The owners told police that they gave the vehicle to Suggs.

The Nissan’s plates were registered to a relative of Suggs. On Sept. 13 police in St. Paul observed the vehicle parked near the residence of Darren E. Suggs. While police were watching the vehicle, they observed a female enter the vehicle and drive away. Police conducted a traffic stop and made contact with the occupants. Darren Suggs walked up to the traffic stop and agreed to go to the police station to speak with investigators. He said he has two brothers, one of which is defendant Antoine Suggs, who was visiting from Arizona.

Darren Suggs explained that the Nissan is his mother’s and that she lets Antoine use it when he is in town. He also identified from a photograph of Bridgestop video surveillance the man operating the vehicle was Darren Lee Osborne.

Police also interviewed Flug-Presley’s mother and aunt, who said that she had a “thing” with Antoine Suggs.

Suggs had a nickname of “Tweezey.” Flug-Presley had his phone number under “King Tweezey” and Pettus’ phone had a new contact created at 3:08 a.m. on Sept. 12 as “Tweezey.”

On Sept. 14 police spoke with personnel at the White Squirrel bar in St. Paul. One reported that Flug-Presley purchased a shot of tequila and handed it to Suggs at 1:43 a.m. By 2:08 a.m. all patrons were out of the bar. In street camera footage taken outside the bar showed a dark SUV at 2:08 a.m. The passenger side was open and video shows Sturm running and entering the SUV in the same location in the vehicle where her body was later found.

Other surveillance video in the area showed that the vehicle returned to the White Squirrel around 2:50 a.m. and was parked until 3:30 a.m. Another video at Seventh Street and Walnut Street in St. Paul shows the vehicle again, with the front passenger appearing slumped over.

Osborne denied knowing there were bodies in the SUV.

Sturm and Pettus were brother and sister, and Foreman was Sturm’s boyfriend, and Flug-Presley was a close friend of Sturm’s.

Investigators also learned that someone purchased a Delta Airlines flight for Antoine Suggs that would have had him departing Phoenix on Sunday, Sept. 12, bound for Minneapolis.

Whoever bought the ticket paid for it less than an hour before departure. An agent with the Bureau of Criminal Apprehension contacted Delta Airline, and the airline confirmed that Suggs never checked in for the flight.

Rather, Suggs apparently made his way back to Arizona before turning himself in to police.

Suggs remains in custody in Arizona awaiting extradition, as of Tuesday. The Ramsey County attorney’s office is requesting bail be set at $10 million.

Saint Paul Chief of Police Todd Axtell said, “We have four young lives—with all of their promise—erased. We have families left with only memories.”

Axtell also noted the exceptional work done by members of the Dunn County Sheriff’s Office, who initially took the lead on the investigation and will continue to assist until all those responsible for the four deaths are brought to justice.

“Losing Jasmine, Loyace, Matthew and Nitosha is one of the most heartbreaking traumas our community has ever endured,” said Mayor Melvin Carter. “While nothing could rationalize this loss, our Saint Paul officers will find the answers we seek, and ensure that anyone involved in this crime is held fully accountable.”

The Minnesota Bureau of Criminal Apprehension, FBI and ATF are also working with the SPPD on the case.

Investigators note there’s still a lot of work left to do on the case and ask anyone with any information to call 651-266-5650.

What is your favorite Halloween tradition?