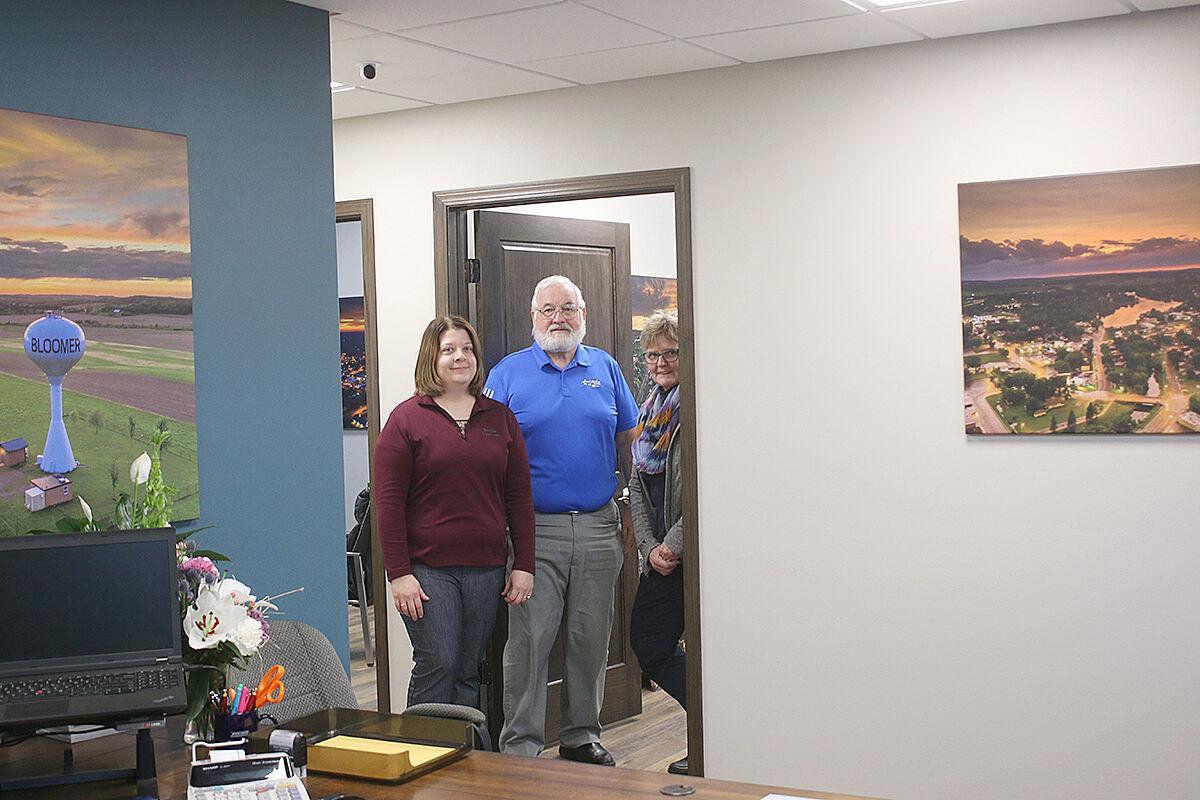 Left to right, Samantha Barlow, Bruce Barlow and Pat Clark are happy to be moved into their newly remodeled office space. 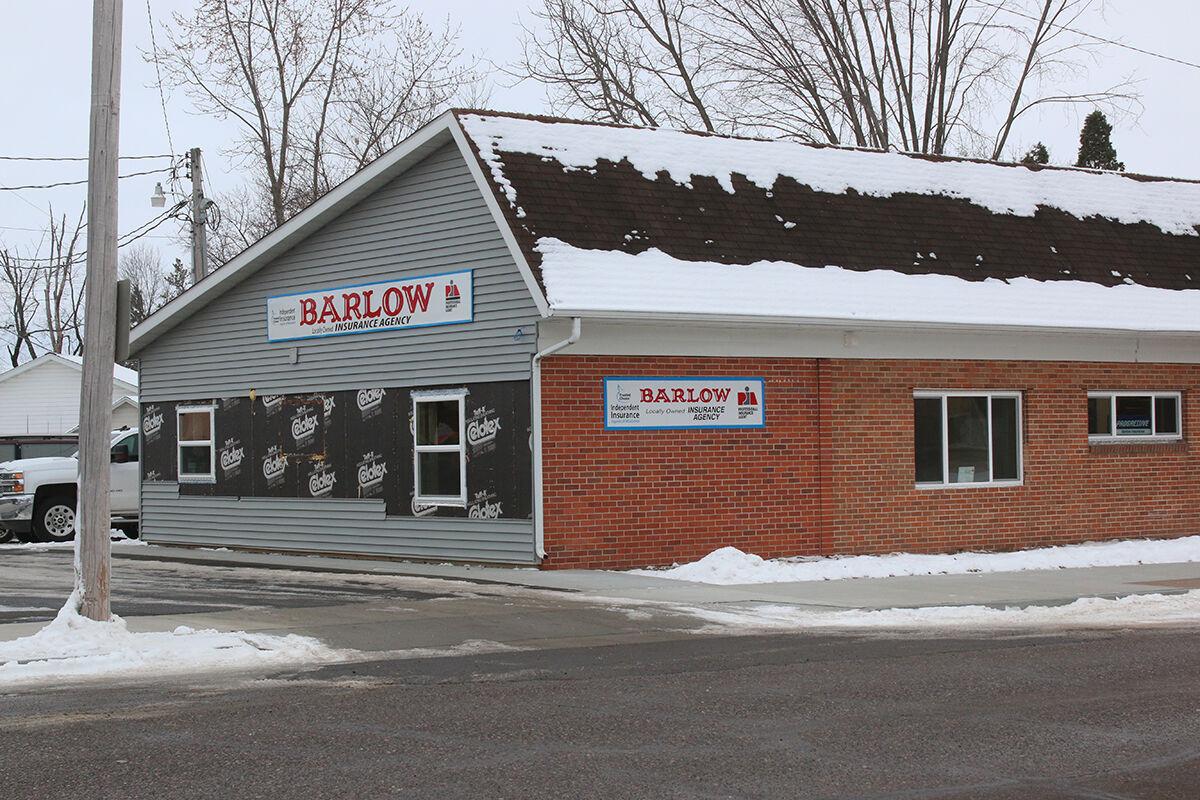 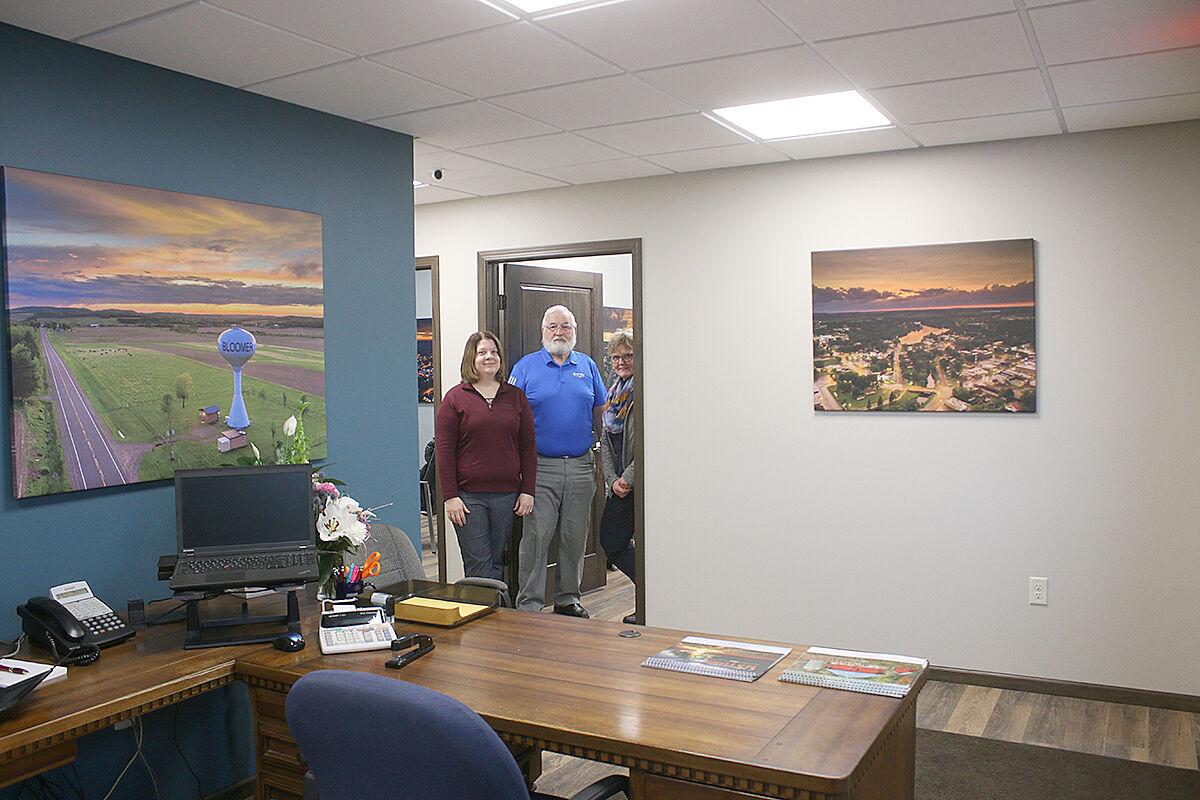 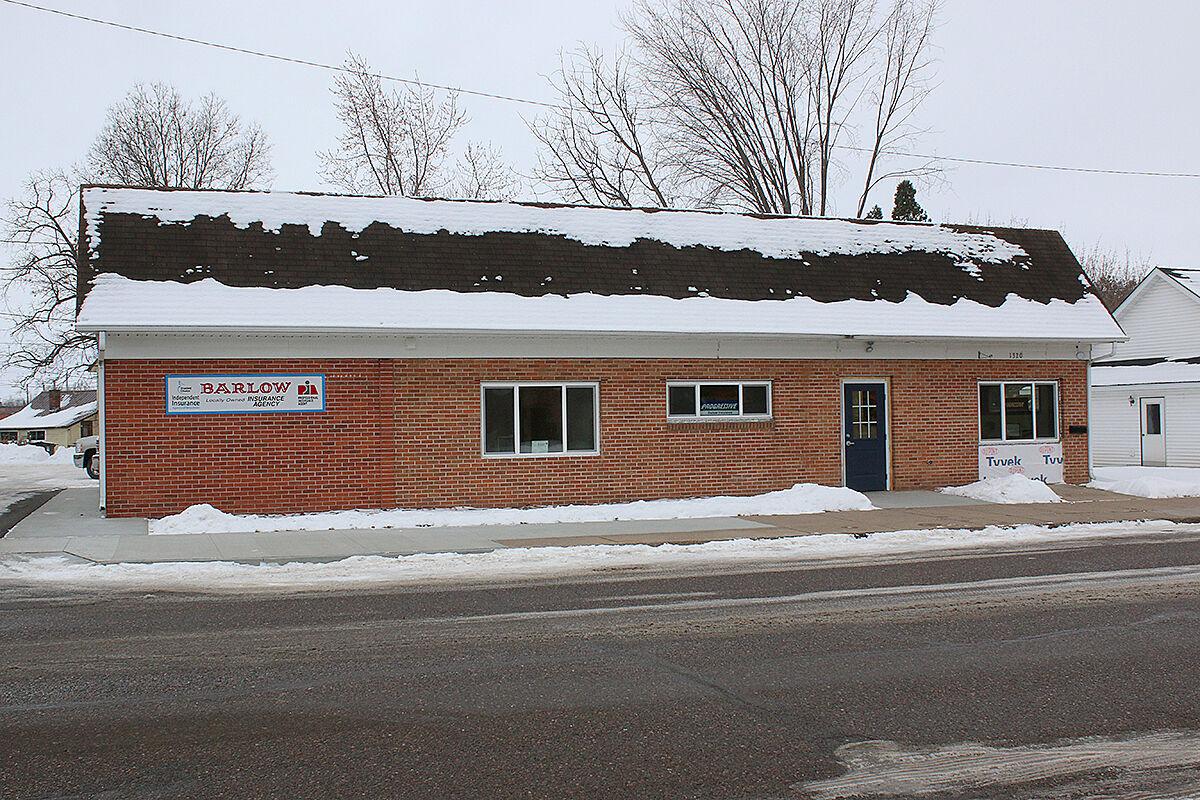 On Jan. 1, 2021, Barlow Insurance Agency moved about one block west of its former location to 1320 15th Avenue, in Bloomer—right next to the First Congregational Church, in the old County Vet Clinic building.

According to current owner, Bruce Barlow, Robert (Bob) and Marie Barlow moved to Bloomer around 1950. Robert worked at Peoples State Bank for a short period of time before the insurance agency came up for sale.

“To the best of our knowledge, the insurance agency was started in the early 1930’s by O. A. Abrahamson in his home,” said Bruce. “In the late 1930’s the Abrahamson Agency opened the office at 1219 15th Avenue in Bloomer. His son Duane Abrahamson took over the agency until about 1950 when Robert Barlow and Lester Smetana bought Duane out.

“Millard Barlow of People’s State Bank (Bob’s uncle) thought buying into the agency would be a good opportunity for Bob,” said Bruce.

Bob Barlow and Les Smetana were partners of The Smetana Barlow Insurance Agency for years. In the early to middle 1950’s Nancy (Barlow) Rowe (Bob’s Cousin) also worked in the agency until 1961. In 1961 Phyllis (Weber) Johnson graduated from Bloomer High School on Friday night and started working at the insurance agency the next Monday. Phyllis retired in 2011 after over 50 years of outstanding service in the business.

In 1963 Les Smetana passed away unexpectedly. At that time Bob Barlow became the soul owner and the name changed to Barlow Insurance Agency. After Les passed away, Jerry Reischel was hired and was part of the agency for the next 20 years.

The insurance agency remained at the same location of 1219 15th Avenue for over 80+ years, until, on Jan. 1, 2021, Barlow Insurance Agency moved about one block west to 1320 15th Avenue right next to the First Congregational Church in Bloomer—in the old County Vet Clinic building.

In January 2020 the transition of Samantha (Komro) Barlow purchasing the agency began.