From The Desk Of Bloomer

While brain storming for something to write about this month I came across the Wisconsin DOT law of the month.  This law can not be promoted enough.

This law is near and dear to my heart from a incident that happened January 4, 2008 when Deputy Sheriff Jason Zunker of the Chippewa County Sheriffs Department was struck and died from his injuries. He was directing traffic on Highway 53 just north of highway 40 because of a truck fire that was south of Bloomer. He was directing traffic on to highway 40 so the Bloomer Fire Department could safely put out the truck fire.  He lost his life while protecting other responders.

After you read the law of the month think about all the people you are family or friends with that are emergency reponders, tow truck drivers or highway maintenance workers. Please take this law to heart.

October Law of the Month:

Law enforcement officers and emergency responders are often the first to help on Wisconsin highways, but stepping out on the side of the road is one of the most dangerous parts of the job.

In 2020, 69 workers were hurt and two were killed while responding to an emergency in Wisconsin.

All 50 states have a Move Over law to prevent these tragedies. Wisconsin’s law passed in 2001.

“Emergency responders risk their own lives every day to help others stay safe on the roads,” Wisconsin Transportation Secretary Craig Thompson said. “We ask every driver to think of that danger as they pass workers on the highway and always move over or slow down. Every driver makes a difference.”

In Wisconsin, drivers must move out of the lane closest to stopped law enforcement vehicles, ambulances, fire trucks, tow trucks, utility vehicles, or highway maintenance vehicles with warning lights activated. If a car cannot move over, drivers must slow down.

However, across the state, there were 632 convictions for violations of the Move Over law in 2020. Violations can result in a citation of $263, or more if someone is hurt or killed.

In the past five years, at least 188 law enforcement officers in the US have been killed in traffic-related incidents, according to the Department of Transportation’s National Highway Traffic Safety Administration.

Many others have had close calls on the highways, where drivers pass by at 70 mph or faster.

“We put ourselves in danger every time we pull over to help a driver, investigate a crash, or make a traffic stop,” State Patrol Superintendent Anthony Burrell said. “Please respect our work on the roads. We all want to go home to our families at the end of our shifts.”

Wisconsin State Patrol officers will always remember two of their own who died in incidents that could have been prevented by a driver moving over. A passing vehicle hit and killed Trooper Deborah McMenamin while she was walking back to her squad car during a traffic stop in 1989. Trooper William Schoenberger died in 1993 after a semi hit his patrol vehicle while he was parked on the shoulder protecting the scene of a car fire.

Driver awareness is key to protecting responders, but the Wisconsin Department of Transportation also works to improve safety by developing new methods across jurisdictions.

The Traffic Incident Management Enhancement (TIME) Coalition trains responders in best practices to make an incident scene as safe as possible. More than 5,000 Wisconsin responders have gone through this training program in the past two years. 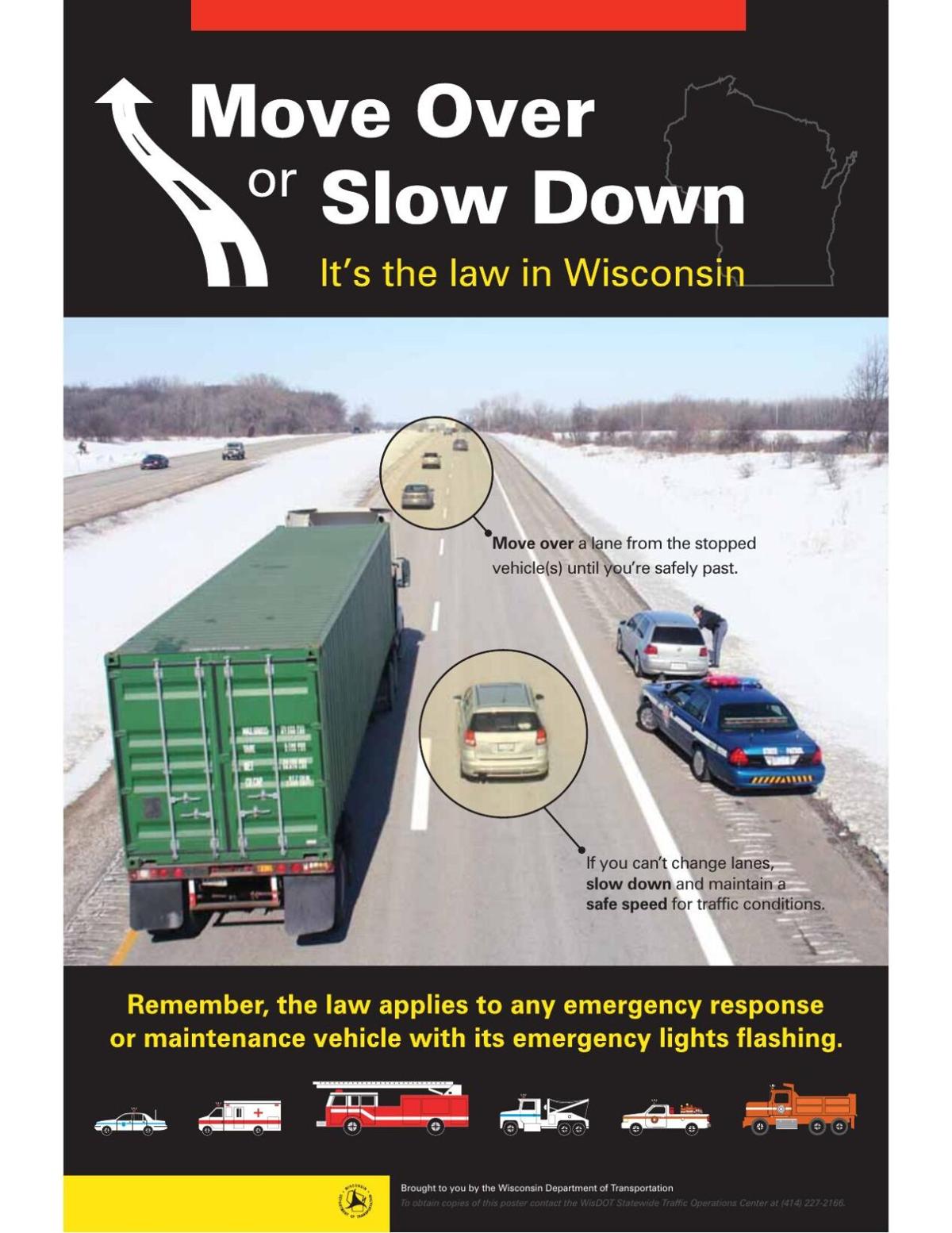 What is your favorite Halloween tradition?