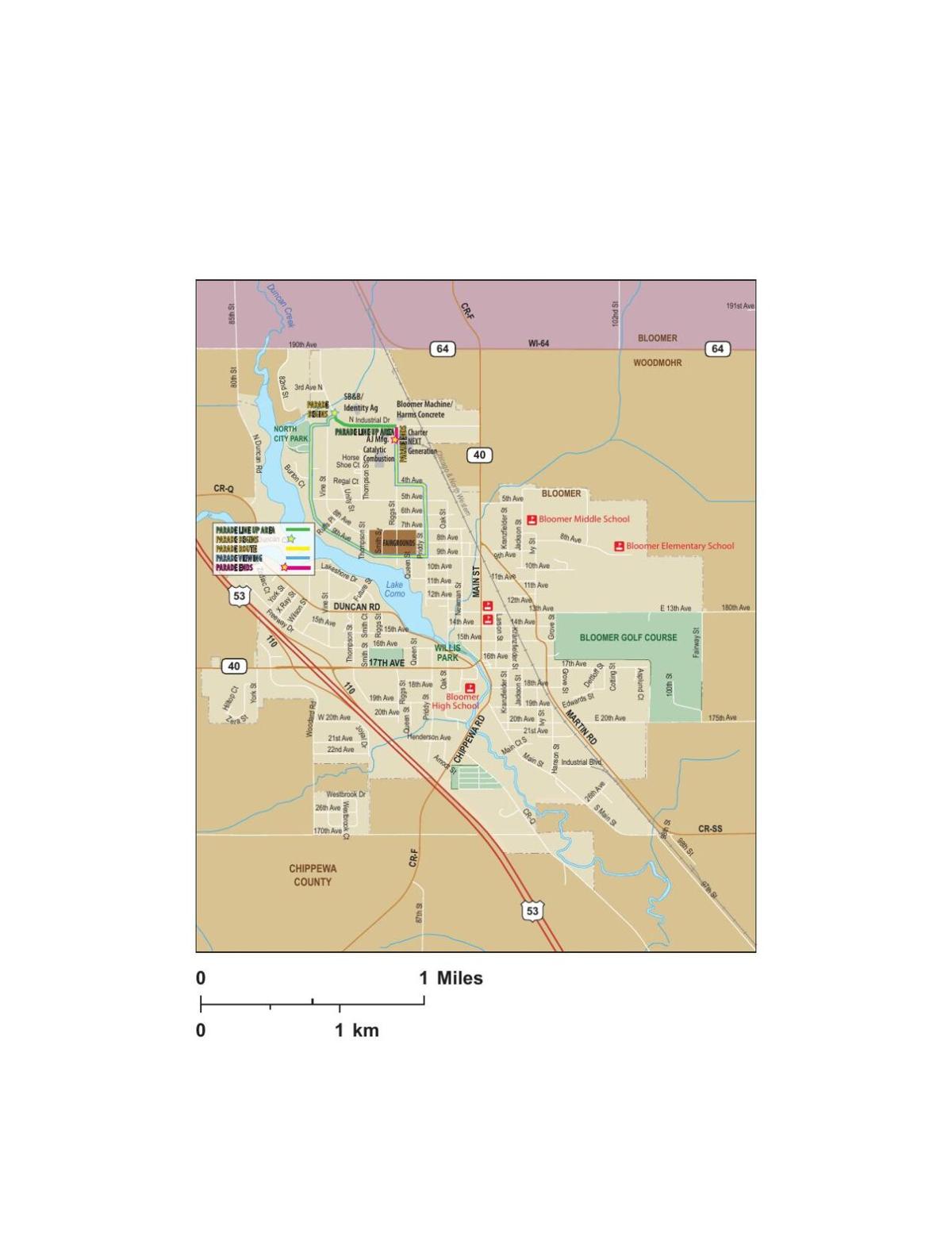 The 2023 Bloomer fair is going to see some additions.  The largest being a 104 foot by 36 foot cattle building with attached 15 foot lean-to which will be the new home to the dairy and beef exhibits. The Bloomer Community Club is currently fundraising for the construction of the building. Justin Kunsman said, “The Bloomer Community Club has received around $50,000 so far from private and business donations.”

There have been questions on the purpose of building this large barn at the fair grounds. The reason is another addition to the fair, a livestock auction. The decision to have an auction at the Bloomer fair stemmed from Bloomer businesses approaching the Bloomer Community Club for the past two years questioning why there couldn’t be an auction to support local youth.

Darren Swartz, Bloomer FFA Advisor and Bloomer Community Club Member said, “As the fair has evolved to see less and less dairy animals and more and more beef the need for a bigger barn has emerged. Beef animals are just larger in general, with our current set up we needed more space.”

The U.S. Department of Agriculture also has guidelines set that determine how agricultural livestock is housed. Certain livestock species can not be housed with one another due to the transmission of diseases, etc.

The Bloomer fair livestock sale (sheep, swine and beef) is open to Bloomer area youth 4-H and FFA groups. The auction will be held on Saturday, August 5, 2023, at 1:30 p.m.  For complete auction logistics and rules refer to the 2023 fair book. The Bloomer fair book is available on-line at www.bloomerchamber.com/fair and also at the Bloomer Chamber of Commerce office.

The 2023 Bloomer parade will be held on Sunday, August 6, 2023.  During this time the City of Bloomer will also be in the second phase of the road construction project.  This means the previous route used for 20+ years will not be accessible.

Main Street, Bloomer will not be the main stage for the parade this year. Instead the parade line-up will be on North Industrial Drive. The parade will proceed down 9th Avenue curving around past the fairgrounds. Then the parade will head north onto Priddy Street then turning on 4th Avenue and finishing on Riggs Street.  This means parade goers who have had a traditional place to set up their chairs early Sunday morning will need to find a new viewing spot.

Main Street will not be one of the roads under construction during the summer, so I asked Bloomer Police Chief Jared Zwiefelhofer the reason for not having Main Street on the parade route.

Chief Zwiefelhofer explained that each year he applies for a permit from the State of Wisconsin to shut down Main Street/State Hwy 40 during the parade. He said that with Oak Street and Martin Road under construction there needs to be a direct access road to get from one end of town to the other so the State would not approve shutting down Main Street for the parade or any other event during 2023.

Change and adjustments will be inevitable with events this summer in Bloomer, but community committees are planning and considering every scenario to make it an easy transition for all of us. Mark your calendars for August 3-6, 2023 for the Bloomer community fair and parade. It will surely be another year of great family fun!

This article is free. Support local, quality journalism by clicking here to subscribe to the Bloomer Advance for complete online access and/or print delivery.

What item do you feel has had the most effect on your budget?

Inflation has hit everyone’s finances hard over the past several months. What item do you feel has had the most effect on your budget?