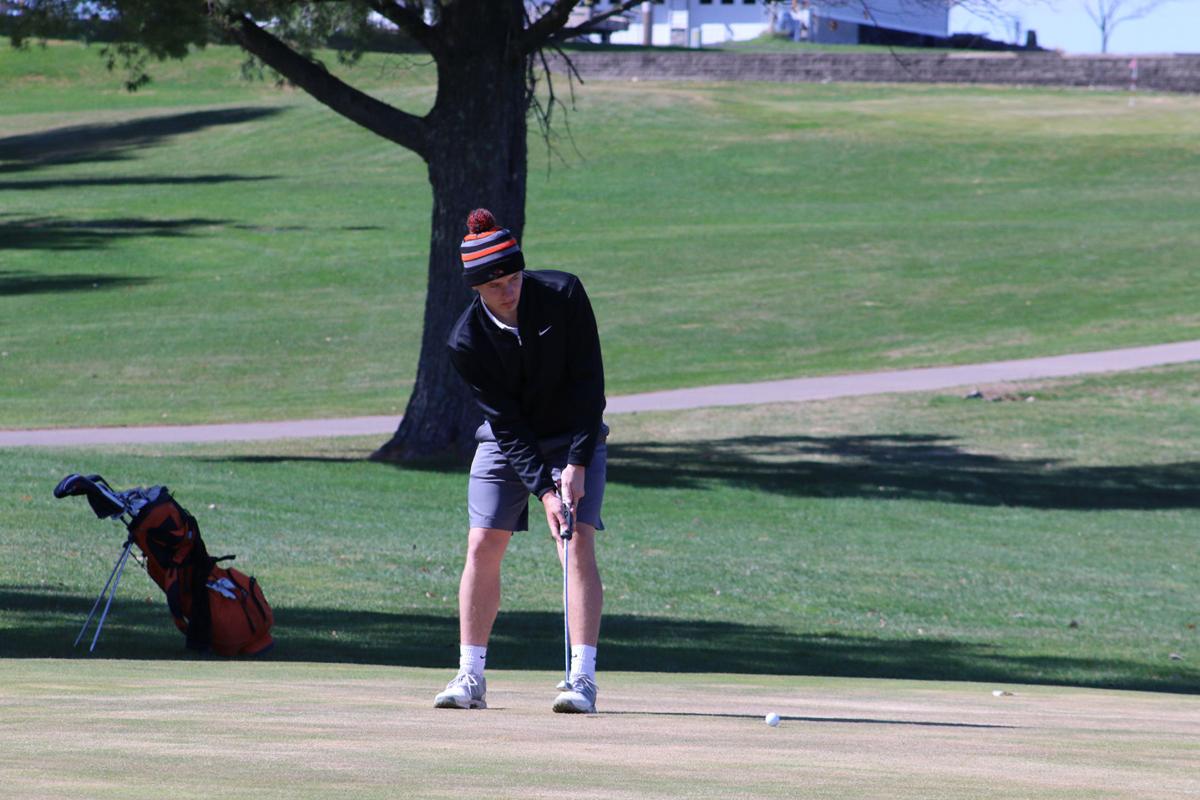 Bloomer senior Johnny Bleskacek putts during the Bloomer Invitational on Friday, April 26. Bleskacek finished eighth in the tournament with a score of 82. Earlier in the week he was the medalist of the triangular meet held in Bloomer against Barron and Chetek-Weyerhauser. 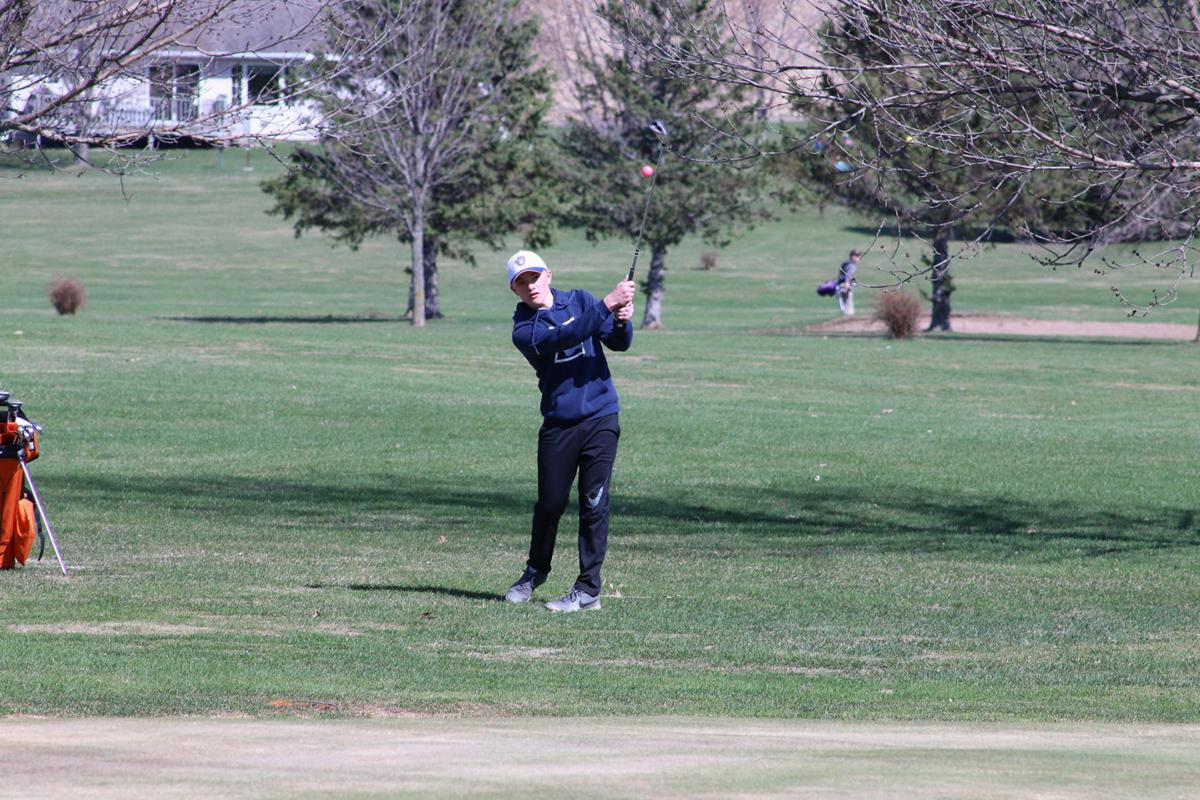 Alex Durch chips onto the green on Friday, April 26 during the Bloomer Invitational Golf Tournament. 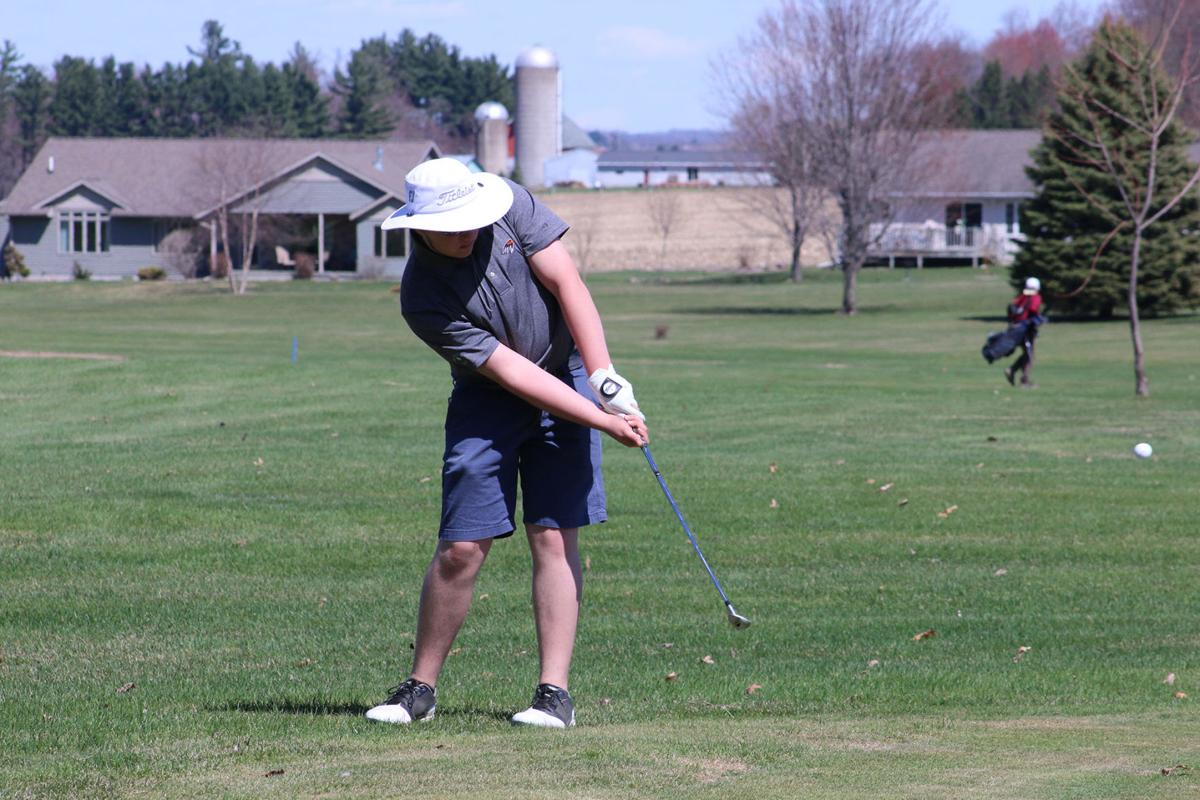 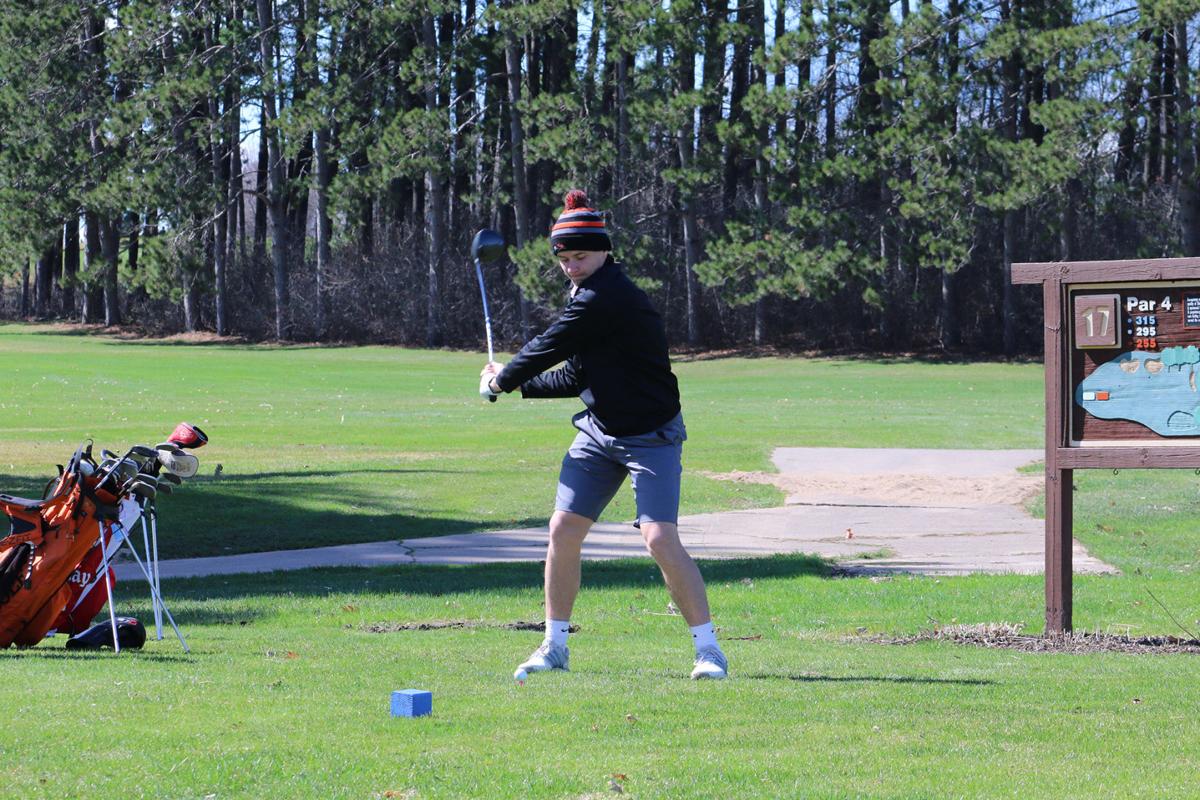 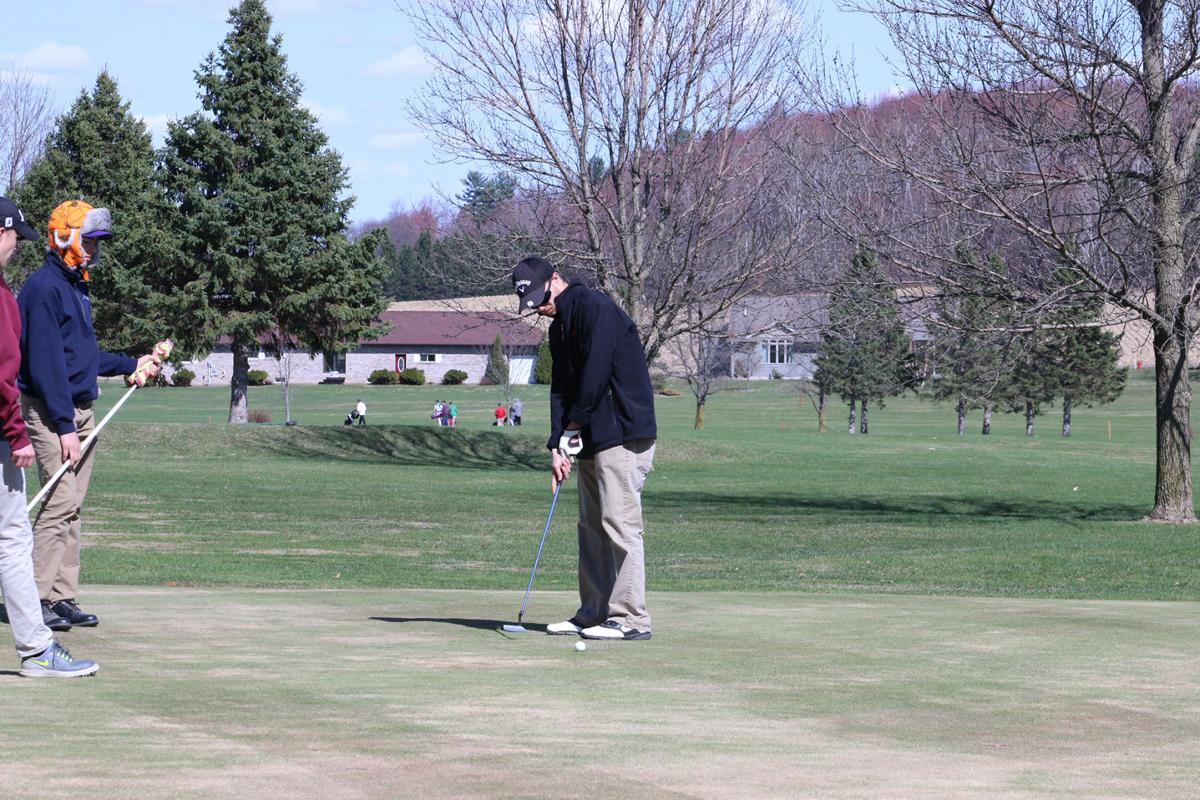 The Bloomer Blackhawks golf team opened the season with a second place finish at a triangular meet in Bloomer on Tuesday, April 23 against Barron and Chetek-Weyerhauser. Then on Friday, April 26 they hosted the Bloomer Invitational. Conditions were tough again this year, with it being chilly and windy, but judging by the scores better than last year.

On Friday, Bloomer hosted the Bloomer Invitational with 20 teams, including two from Bloomer, competing. Northwestern won the tournament with a 312, St. Croix Central finished second with a 339 and Osceola was third with a 348. The Hawks who have finished in at least second place since 2013, and won the invitational in 2015 and 2016, finished ninth and tenth this year.

Trevor Priem of Northwestern shot a 74 for medalist honors. Northwestern placed four player in the top ten spots—first and third through fifth. The top Bloomer golfer was Johnny Bleskacek with an 82 for eighth place.

Senior Brad Sarauer shot an 84 (one stroke out of the top 10 again this year, but five strokes better than he shot last year), sophomore Logan Nelson shot a 112, junior Alex Durch shot a 114, and senior Cole Boettcher a 115 to round out the Bloomer Black team.

Bloomer was scheduled to play Hayward and Spooner Monday, April 29 at home. The team travels to Hayward Friday and Saturday, May 3 and 4 and Northwestern Monday, May 6.