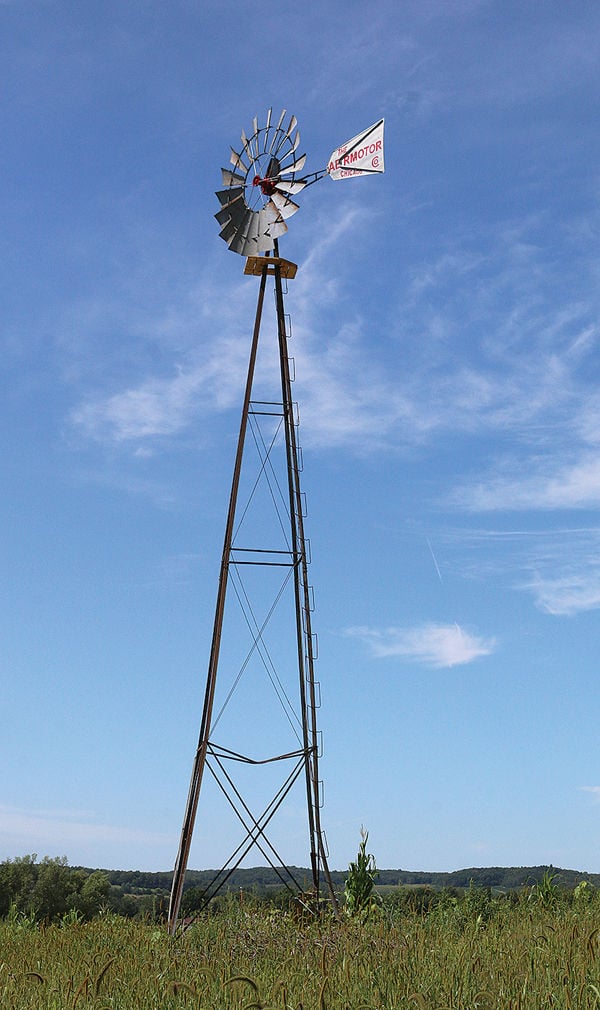 This windmill just north of Hwy 64 on CTH F north of Bloomer is kind of a landmark according to owner Pat Shadick. The windmill was recently repaired. It had been covered in vines with only a few bent sails remaining. 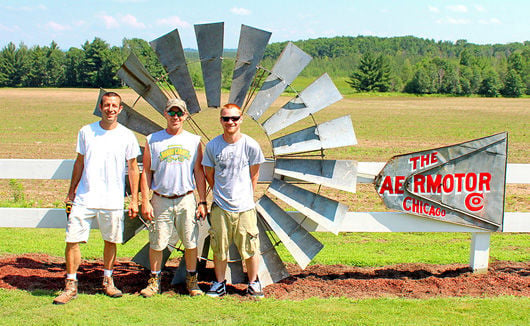 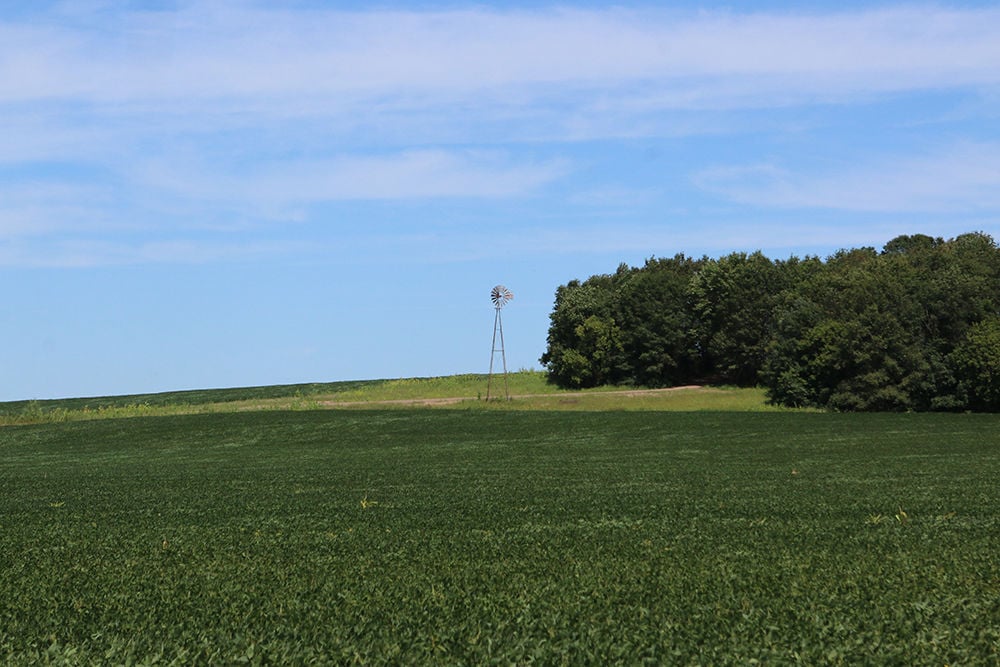 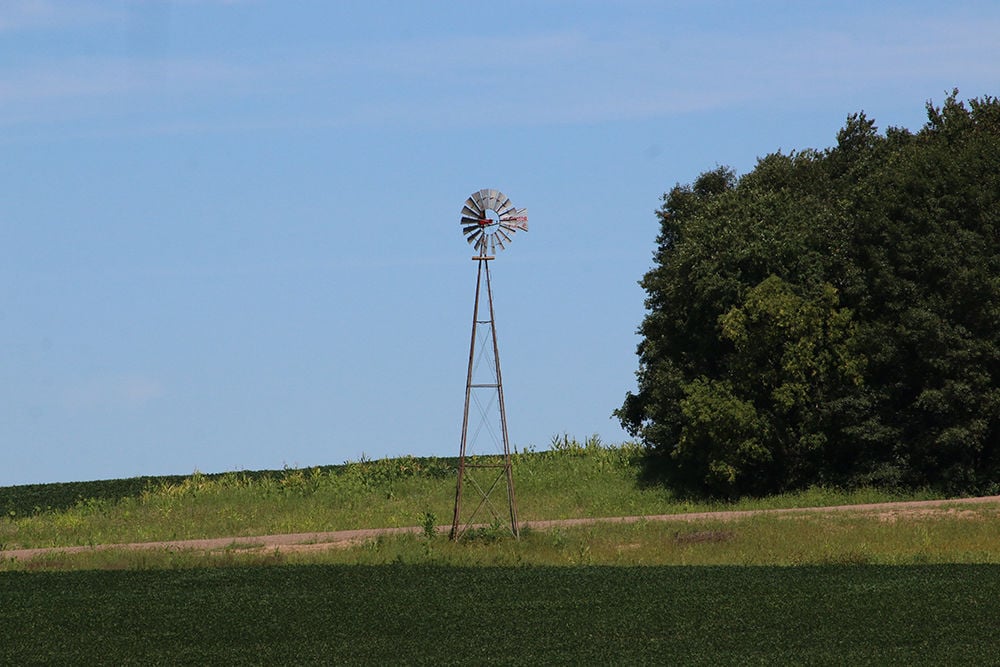 This windmill just north of Hwy 64 on CTH F north of Bloomer is kind of a landmark according to owner Pat Shadick. The windmill was recently repaired. It had been covered in vines with only a few bent sails remaining.

Windmills once dotted the landscape, towering symbols of rural America and the hardworking farmers and their farms that fed the nation and world. But as farms consolidated and windmills became outdated, many were dismantled or fell into disrepair. Now a working and well-maintained windmill is a rare sight.

But thanks to Brenda Carlson, of rural New Auburn, and Pat Shadick, of Bloomer, part of one old windmill, and one complete windmill, have been restored.

Carlson said she has always enjoyed windmills and at one time, she had 15 windmills on her property before selling them. Now she has the fan and tail of just one, which she had restored, with help from Jeff Eckert, his son, Jason Eckert, and their friend, Mike Engle, all from Roberts, Minn.

Jason’s father repaired windmills and he helped his father on weekends as he was growing up. Now his son, Jason, is helping him do the same.

Carlson’s is an Aermotor windmill, which she assembled from parts she found with help from Jason. Mary Ann Gumness painted the design on the tail. Carlson noted Aermotor still makes vintage windmills.

Jason, Jeff and Engle were at Carlson’s on July 6, assembling the eight-foot-wide fan and attaching the tail.

Carlson’s windmill is now on display along her fence on CTH M, east of New Auburn.

Later on July 6, they went to Shadick’s windmill near the Twilight Motel in Bloomer.

Shadick plans to build a house on the hill, and people kept asking him what he was going to do with the old windmill. Only a few bent sails remained and it was covered in vines.

“It’s kind of a landmark,” Shadick said. While Aermotors pumped water for cisterns or troughs, Shadick does not plan on having his pump water. For now it will just spin in the wind.

Jeff noted he really enjoys fixing windmills because of the people he meets. The first windmill he repaired was for a woman in Lanesboro, Minn. She cried with tears of joy because it had been the last thing to fix on her farm before her husband passed away. He’s also repaired windmills so weddings could be hosted beneath them.