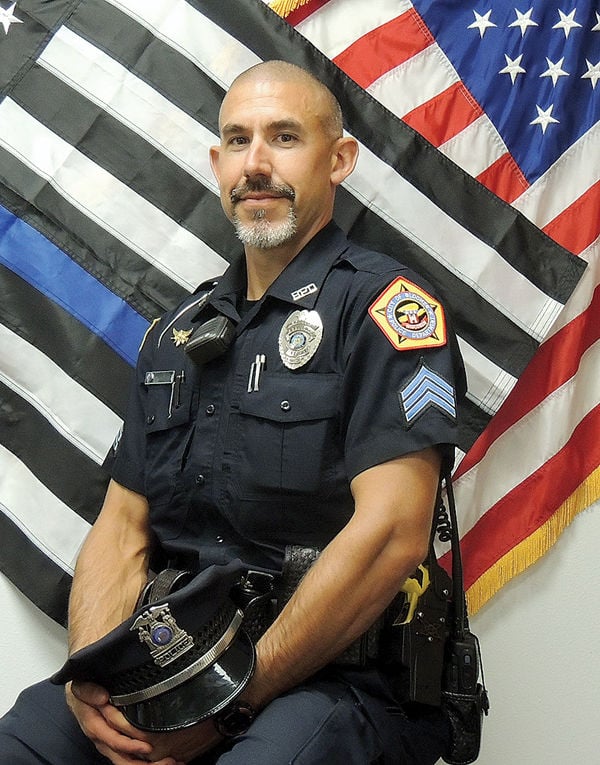 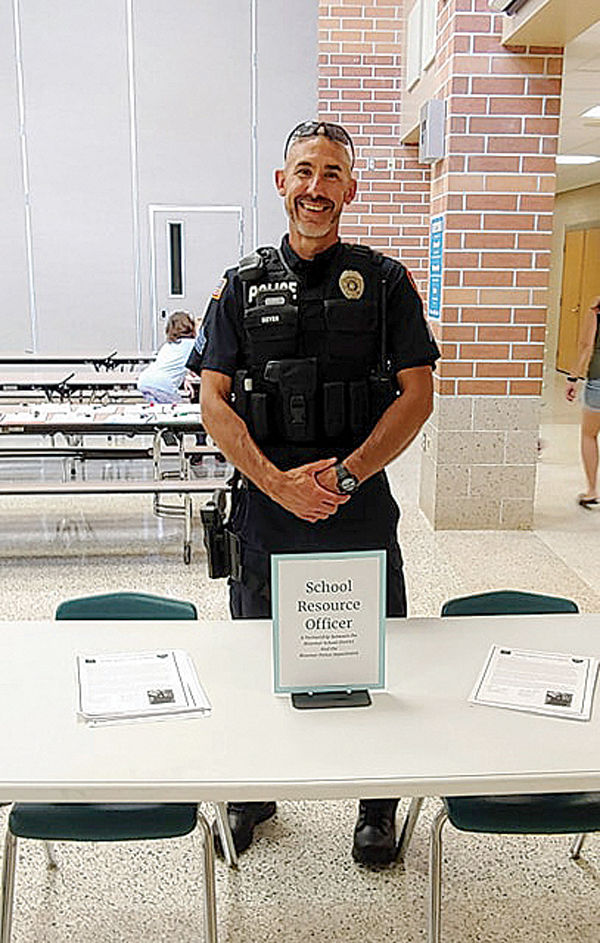 Sergeant John Beyer of the Bloomer Police Department is the new School Resource Officer for the School District of Bloomer.

Sergeant John Beyer of the Bloomer Police Department is the new School Resource Officer for the School District of Bloomer.

A letter that went home with students at the beginning of this school year announced an exciting addition to the Bloomer school district which should benefit the whole community.

“The beginning of the 2019–2020 school year marks the start to a new partnership between the Bloomer School District and the Bloomer Police Department,” reads the letter. “A lot of planning has gone into adding a School Resource Officer (SRO) to the Bloomer school system with the goal of establishing a proactive approach to our youths’ everyday problems while providing a safe educational environment for our students and staff.”

The letter informs families that, “Sergeant John Beyer has been selected to be Bloomer’s first SRO and will be the one your child will see and converse with regularly throughout the school year. Sergeant Beyer has worked for the Bloomer Police Department since 2007, and has spent numerous hours working with the students and staff of the Bloomer School District instructing Halloween Safety, Internet Safety and the Bike Rodeo. It is the hope that for most students, seeing Sergeant Beyer’s familiar face will bring a sense of security and approachability.”

Benefits To District And Department

Misfeldt and Zwiefelhofer both said the SRO program will be mutually beneficial.

“The School Resource Officer Program will benefit the District in a number of ways,” said Misfeldt. “First and foremost the presence of an officer increases security on our campus which assists in creating a safe learning environment for our students. Additionally the program will provide a positive connection between students and law enforcement, this connection will pay dividends as students who in the past may have been hesitant to report issues are now able to come forward and share those issues with the SRO. Finally, our law enforcement officers have extensive training and knowledge in areas in which our staff may not, the SRO program will benefit the District as Sgt. Beyer is able to assist staff in providing lessons to students which will make for a safer school and community.”

“The police department will benefit by the connections made with the students,” said Zwiefelhofer. “It has been found that when officers are in the schools and make connections with students they are more apt to have more open communication with law enforcement. With that communication things that come up can be deflected before they become big issues.”

The SRO’s Time And Activities

To begin with the SRO position will start out slowly at 10 hours per week with hopes that it will grow and mold to meet the needs of students and staff.

It’s the districts hope that the SRO’s time will be divided equally between the three school buildings—elementary, middle and high school said Misfeldt.

“With that being said [Beyer’s time/location] will vary from week to week depending on lessons that Sgt. Beyer is assisting with and the needs of each building.,” said Misfeldt. “For example during the second week of school Sgt. Beyer spent the entire week at the Middle School while assisting with lessons on Internet safety. As the year progresses he will provide similar age appropriate lessons at the other buildings and then fill in his time interacting with students during recess, lunch and passing time.”

“It’s likely that each day will look a bit different for the SRO as he provides a wide variety of services to the District,” said Misfeldt. “Some days he will be in classrooms providing lessons, others he will be more flexible and spend time connecting and building relationships with students.”

When asked how the SRO position was being accepted in the community both Misfeldt and Zwiefelhofer said they’ve received positive feedback.

“I’ve received a number of comments from individuals who are appreciative of the added support to our schools,” said Misfeldt. “The presence of the Sgt. Beyer in our building definitely has a positive impact on the climate of our schools and I believe in the long run we’ll see that extend to our community as well.”

Zwiefelhofer said, “I’ve also received numerus comments from the community in favor of an officer in the schools.”

When asked for additional comments, Misfeldt said, “From the District perspective I would add that in my time in the District we’ve always had a positive relationship with the Bloomer Police Department, the SRO program is a logical progression in that relationship which will serve to strengthen our schools and community. The District is grateful to the Police Department and City of Bloomer for their support of this program.”

Zwiefelhofer added, “From the Police Department I would say that it has been a joy to work with the school getting this program running.”